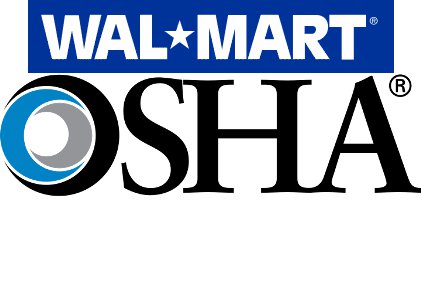 OSHA found that emergency exit access from a receiving and storage area was obstructed by the storage of pallets containing merchandise and equipment, and employees were not able to safely operate pallet jacks in aisles and passageways that were obstructed by stacked merchandise. In addition, portable fire extinguishers were not mounted and located in safely accessible areas, and the lack of a protective fitting and strain relief for an electrical conduit entering a control box presented an electrical hazard.

These conditions resulted in the issuance of citations with $48,200 in proposed fines for three repeat violations. OSHA had previously cited Wal-Mart for similar hazards at stores in Newington, Conn.; Chelmsford and West Boylston, Mass.; Centralia and Joliet, Ill.; Coshocton, Ohio; and Lewisville, Texas.

"The recurring nature of these hazards is disturbing and needs to be effectively addressed," said Kimberly Castillon, OSHA's area director in Albany. "An employer with multiple locations, such as Wal-Mart, needs to ensure that hazards are identified, corrected and prevented at all of its workplaces."