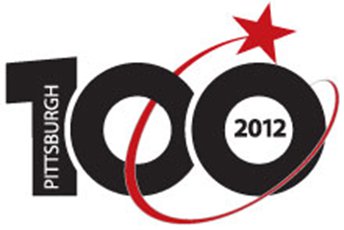 Industrial Scientific, the global leader in Gas Detection as a Service, announced today it has been named a Pittsburgh 100 company. This annual list, published by the Pittsburgh Business Times, includes the region’s 100 fastest growing private companies, based on sales growth between 2009 and 2011.

Industrial Scientific’s recent growth can be attributed to iNet® – the company’s Gas Detection as a Service solution. iNet is a software-based service that solves common challenges faced in gas detection programs related to the maintenance of gas detector fleets and the lack of visibility into instrument alarms, exposure and usage. Today, there are more than 70,000 gas monitors operating on iNet at worksites around the world.

“The continued growth of Industrial Scientific in Pittsburgh and throughout the world is significant in that it brings us one step closer to realizing our vision of eliminating death on the job in this century,” said Justin McElhattan, the company’s president and CEO. “We are honored to be recognized by the Pittsburgh Business Times as one of the fastest growing companies in the region.”

To view a slideshow of this year’s Pittsburgh 100, visit www.bizjournals.com/pittsburgh/news/2012/08/07/pittsburgh-100-companies-slideshow.html. The rankings will be published in the August 24 issue of the Pittsburgh Business Times.

Industrial Scientific Corporation is the world’s leading provider of Gas Detection as a Service. With more than 925 people working in 22 countries, Industrial Scientific is dedicated to eliminating death in the workplace by the end of this century. Achieving this goal requires dedication to delivering highest quality and best customer service in all transactions. Industrial Scientific also focuses on providing analysis of data from equipment use and maintenance to identify problems before they happen. Industrial Scientific has operations based in Pittsburgh (USA), Arras (France), Dortmund (Germany) and Shanghai (China). The company provides technical services to customers from local service centers around the world, and has additional offices in Australia, Belgium, Brazil, Canada, Chinese Taipei, Czech Republic, India, Indonesia, Italy, Netherlands, Panama, Poland, Qatar, Russia, Singapore, Thailand, United Arab Emirates and the United Kingdom. Industrial Scientific is the parent company to Oldham (www.oldhamgas.com) and Predictive Solutions Corporation (www.predictivesolutions.com). For more information, visit www.indsci.com.