Why employees stay on the job 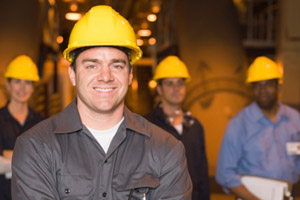 Despite uncertainty in the job market, the top reasons working Americans say they stay with their current employers are work-life fit and enjoying what they do, according to a recent survey by the American Psychological Association (APA). Fewer employees cited concrete reasons for remaining on the job, such as benefits, pay and a lack of other job opportunities.

The Workforce Retention Survey, which was conducted among employed adults age 18 and older, examined the factors that contribute to employee retention.

Although 60 percent of working Americans said they remain with their current employers because of benefits and 59 percent reported staying because of the pay, more than two-thirds (67 percent) said they choose to stay because their jobs fit well with the other aspects of their lives.

The same percentage said they stay at their current jobs because they enjoy the work they do.

Even with the slow economic recovery and relatively high unemployment, only 39 percent of respondents cited lack of other job opportunities as a reason for staying with their current employers.

"Americans spend a majority of their waking hours at work and, as such, they want to have harmony between their job demands and the other parts of their lives," says David W. Ballard, PsyD, MBA, head of APA's Psychologically Healthy Workplace Program. "To engage the workforce and remain competitive, it's no longer sufficient to focus solely on benefits. Today, top employers create an environment where employees feel connected to the organization and have a positive work experience that's part of a rich, fulfilling life."

The survey also found differences based on gender and age:

For employees who said they plan to stay with their current employers for more than two years, the biggest drivers of expected tenure were enjoying the work, having a job that fits well with other life demands and feeling connected to the organization.

The Workforce Retention Survey was conducted online by Harris Interactive on behalf of the American Psychological Association between August 3 and August 7, 2012 among 1,240 adults age 18 and older who reside in the U.S. and are employed either full-time or part-time. This online survey is not based on a probability sample and therefore no estimate of theoretical sampling error can be calculated. Data for the poll were collected using an omnibus survey. More information and full results of the survey are available at www.phwa.org/media.

About the Psychologically Healthy Workplace Program

The Psychologically Healthy Workplace Program is an initiative designed to promote employee well-being and organizational performance. The Program consists of APA's Psychologically Healthy Workplace Awards, support of local programs currently implemented by 56 state, provincial and territorial psychological associations and a variety of resources for employers. Organizations interested in learning more about creating a psychologically healthy workplace or applying for an award in their jurisdiction can visit www.phwa.org.

The American Psychological Association, in Washington, DC, is the largest scientific and professional organization representing psychology in the United States and is the world's largest association of psychologists. APA's membership includes more than 137,000 researchers, educators, clinicians, consultants, and students. Through its divisions in 54 subfields of psychology and affiliations with 60 state, territorial and Canadian provincial associations, APA works to advance psychology as a science, as a profession, and as a means of promoting health, education, and human welfare.