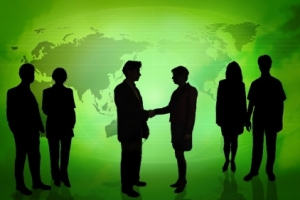 Corporate spending on energy, environment and sustainability management in 2013 will grow by less than 10 percent, according to a Verdantix survey.

The “Global Sustainability Leaders Survey: Budgets and Priorities” report, which is based on interviews with 250 sustainability decision-makers at firms with revenues over $250 million, across 13 countries and 21 industries, found that 46 percent of respondents expect their spending to increase by up to 10 percent next year, while 39 percent face flat budgets.

Only 11 percent of those surveyed anticipate increasing their spending on sustainability by more than 10 percent in 2013 compared to 2012, said Verdantix industry analyst Patrica Satkiewicz.

About 32 percent of respondents said they expect budgets for employee engagement on sustainability, sustainability product or service innovation, sustainable supply chain and sustainable reporting to increase between one and nine percent in 2013.

Sustainability innovation, marketing and employee engagement will receive the biggest boost in budgets in 2013, while consulting and software implementation will rank at the bottom, the report said.

The report said most CEOs view sustainability as a non-financial metric. But it also found that a quarter of firms spend at least 2 percent of revenues on energy, environment and sustainability initiatives.