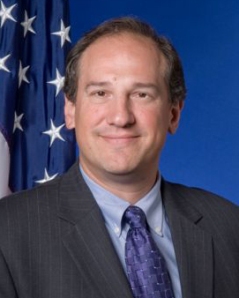 Seth D. Harris, the Department of Labor’s (DOL) deputy secretary since May 2009, has been named acting Secretary of Labor.

Before joining the DOL, Harris was a professor of law at New York Law School and director of its Labor & Employment Law Programs. Harris’s scholarship focused on the economics of labor and employment law, with a particular emphasis on the employment provisions of the Americans with Disabilities Act. He has also written about the National Labor Relations Act, the Fair Labor Standards Act, worker organizing, and employment discrimination laws in general.

He served for seven years at the department during the Clinton administration in key positions, including counselor to the Secretary of Labor.

Harris steps in for the outgoing DOL head, Hilda L. Solis, who resigned in January.

In an email to department employees, Harris wrote that the DOL’s goals are “stability and continuity” during the nomination and confirmation process for a new Secretary of Labor.

Marty Walsh appointed as 29th Secretary of the U.S. Department of Labor