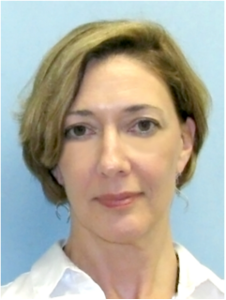 Maureen O’Donnell, CIH, an industrial hygienist at the United States OSHA's Office of Health Enforcement, has been elected vice president of the Academy of Industrial Hygiene (AIH).

“I am truly honored to join the Academy, which plays such a huge role in defining the future of the industrial hygiene profession.  I believe the Academy will continue to shape that future by ensuring access to continued professional training, such as its current work sponsoring academic accreditation and the AIHA Fall Conference,” said O’Donnell.

O’Donnell, who has been an AIHA member since 2009, has been actively involved in the Association at both the national and local levels. She was president of the AIHA Potomac section from 2010 through 2011 and has been a member of the Academy’s conference team since 2011.

“Maureen’s stellar professional and volunteer experience will be a tremendous asset to the Academy, particularly as we continue to work to build wide recognition of the need for and value of high-quality industrial hygiene practice,” said AIH President S. Z (Zack) Mansdorf, PhD, CIH, CSP, QEP.

O’Donnell will assume her term at the Academy’s annual business meeting during the 2013 AIHA Fall Conference​ being held September 28 through October 2 at the Intercontinental Miami Hotel in Miami, Fla. AIH, formerly known as the American Academy of Industrial Hygiene Council, sponsors the AIHA Fall Conference.

The AIHA reacts to President Trump's State of the Union Address