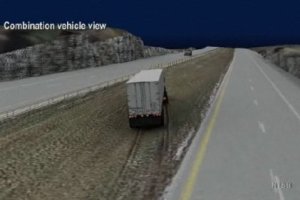 The National Transportation Safety Board (NTSB) is recommending audits of the Federal Motor Carrier Safety Administration’s oversight processes in light of several deadly crashes that the NTSB investigated. The NTSB said the findings from these investigations raise serious questions about the oversight of motor carrier operations.

The NTSB also opened the investigative dockets, including more than 2,100 pages, from four recent commercial vehicle accidents. Together, these accidents resulted in 25 deaths and 83 injuries. In each accident, investigators identified safety deficiencies and noted red flags that had been present prior to the crashes but were unnoticed or were not acted upon by FMCSA regulators until after the crashes.

“While FMCSA deserves recognition for putting bad operators out of business, they need to crack down before crashes occur, not just after high visibility events,” said NTSB Chairman Deborah A.P. Hersman. “Our investigators found, that in many cases, the poor performing company was on FMCSA’s radar for violations, but was allowed to continue operating and was not scrutinized closely until they had deadly crashes.”

Concerns about quality of reviews

The NTSB found concerns with both the thoroughness and quality of FMCSA’s compliance reviews and their increasing reliance on focused compliance reviews, which examine only a limited portion of the commercial operation. Consequently, the NTSB is issuing two safety recommendations to the Department of Transportation calling on it to conduct audits on these oversight activities and to address any problems uncovered by the audits.

The four crashes include:

Pendleton Ore., Dec. 30, 2012: A motorcoach operated by Canadian carrier Mi Joo Tour & Travel, upon encountering ice, slid off the roadway, struck a roadside barrier, went down an embankment, overturned and came to rest at the bottom of a steep slope. Nine of the 41 occupants died. The driver and 37 passengers were injured.

Immediately after the crash, FMCSA declared Mi Joo Tour & Travel an “imminent hazard” and issued the company an out-of-service order. However, during its most recent precrash safety compliance review of the company, FMCSA had rated the carrier “Satisfactory.”

San Bernardino, Calif., Feb. 3, 2013: A motorcoach, operated by the Mexican-owned motor carrier Scapadas Magicas, was returning from a trip to Big Bear Resort and was traveling westbound on State Route 38 in a mountainous area of the San Bernardino National Forest. As the motorcoach continued downhill, the driver had difficultly slowing and lost control of the bus. The motorcoach collided with the rear of a passenger car, crossed into the opposing lane of travel, struck an embankment, and overturned. The motorcoach then collided with a Ford pickup truck towing a utility trailer. The motorcoach and the pickup truck were redirected into the westbound lanes, where the bus rolled upright, struck a boulder, and came to rest blocking both lanes of the highway. As a result of the crash, seven motorcoach passengers were fatally injured, the driver and 11 passengers were seriously injured, and 22 other passengers received minor-to-moderate injuries. The passenger car’s three occupants were injured, and the pickup truck driver died as a result of the crash.

Following the crash, FMCSA declared Scapadas Magicas an “imminent hazard” and issued ian out-of-service order. Yet, less than a month before the fatal crash, on January 9, 2013, the FMCSA had completed a full compliance review of Scapadas Magicas because the company had an “alert” indicating vehicle maintenance problems. FMCSA rated the company as “Satisfactory,” although no motorcoaches were inspected during the review and many of the business records were not inspected because they were at the company’s principal place of business in Tijuana, Mexico.

Elizabethtown, Ky., March 2, 2013: A commercial truck operated by Highway Star, a motor carrier based in Troy, Mich., was traveling northbound on Interstate 65 at about 67 mph when it approached slowing traffic ahead. Despite a straight roadway, with a clear line of sight, the truck driver did not brake until just prior to colliding with the rear of a 1999 Ford Expedition. Upon impact, the Ford burst into flames, and six of its eight occupants died as a result of the crash.

FMCSA had completed an oversight review of Highway Star 5 days before the crash. It was a focused, non-rated compliance review that did not examine records related to driver compliance with hours-of-service regulations. FMCSA conducted this focused review, rather than a full compliance review, even though each of the prior reviews of the company had found driver-related violations, and the carrier had a longstanding history of driver hours-of-service violations. Following the March 2013 crash, FMCSA completed a full compliance review of the motor carrier, which resulted in an “Unsatisfactory” rating. It then, post-crash, issued an “imminent hazard” out-of-service order to Highway Star for not monitoring driver hours of service, permitting drivers to falsify records of duty status, and failing to preserve records of duty.

Murfreesboro, Tenn., June 13, 2013: A truck operated by the Louisville, Ky.-based carrier H&O Transport, collided with eight other vehicles that had slowed in the eastbound traffic lanes of Interstate 24. The collisions caused two fatalities in a passenger vehicle that overturned and was consumed by fire, as well as injuries to six occupants of other vehicles involved in the crash.

The driver was in violation of the hours-of-service rules at the time of the accident and had numerous previous violations. In addition, several other drivers had similar violations, many of which the FMCSA was aware through roadside inspections and previous compliance reviews. Despite H & O Transport’s history of hours-of-service violations, FMCSA only conducted a “focused” compliance review in 2011 which was “non-rated” and allowed the motor carrier to operate. Following the accident, a post-crash compliance review conducted by FMCSA rated the carrier as “conditional” which again allowed them to continue to operate.