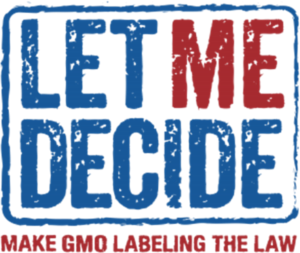 Concern over the potential health and environmental risks of genetically engineered foods (GMOs) has led to more than 20 states and a number of cities making legislative efforts to require greater transparency so that consumers can make informed food choices.

Albuquerque, New Mexico becomes the latest entity to join the fray, with the City Council considering a measure that would support the labeling of GMO’s on a statewide and national level. Santa Fe has already passed a similar bill.

Traits that do not occur in nature

GMOs are plants altered in a laboratory with foreign genetic material to create novel genetic combinations and exhibit traits that do not occur in nature. Although health risks associated with eating GMOs are not fully understood, these altered foods have become pervasive within our food system since they first became available in 1996. Companies submit their own safety testing data and independent research is limited because biotechnology companies prohibit cultivation for research purposes.

“It’s our right as citizens to know what is in our food,” said co-sponsor and city council member Diane Gibson. “In a democracy, corporations should not have special privileges that make it difficult for the average consumer to have transparency in what they consume. Labeling will give us the data we need to draw solid conclusions about GMO foods, and it will give consumers the ability to make fully informed decisions about what we are eating and feeding our families.”

To date, legislation and ballot initiatives to require GMO labeling have been defeated – “by multi-million-dollar campaigns waged by big food corporations,"  according to advocacy group Food & Water Watch.

Polls consistently show support among Americans for the labeling of GMO food.

Eleanor Bravo of Food & Water Watch said the impact of GMOs goes beyond human health. “It also threatens the livelihood of farmers that grow non-GMO crops since GMO seed and the GMO-related pesticides can contaminate neighboring fields.”