What PPE to use when cleaning out radioactive room at nuke site? 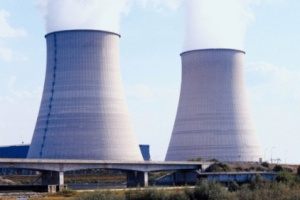 When workers enter the hazardous and historic McCluskey Room at the Hanford Site this summer, they will be safer due to their preparation and involvement in planning and training for the job.

The McCluskey Room is part of the site’s Plutonium Finishing Plant and was used to recover americium during the Cold War. The room is named after Harold McCluskey, who was injured in 1976 when a vessel inside a glove box burst and exposed him to radioactive material. McCluskey, who was 64 at the time, lived for 11 more years and died from causes not related to the accident.

Since 2008, the Department of Energy and contractor CH2M HILL have been preparing the Plutonium Finishing Plant for demolition by removing much of the equipment and infrastructure inside the building that was once used for plutonium processing.

“About two-thirds of the Plutonium Finishing Plant is deactivated – cleaned out and ready for demolition,” said Jon Peschong, director of Central Plateau cleanup for the Department of Energy’s Richland Operations Office. “Cleaning out the McCluskey Room will be a major step forward.”

Employees will encounter airborne radioactivity, surface contamination, confined spaces, and poor ventilation. Recognizing the significant hazards, workers last year traveled to a similarly contaminated Department of Energy site in Idaho and observed the use of advanced supplied air systems and protective suits, which they recommended for use at the Plutonium Finishing Plant. The system and equipment observed at the Idaho site has been in use for approximately nine years.

Workers also developed procedures and training tailored for using the equipment at the Plutonium Finishing Plant. The equipment includes an abrasion-resistant suit that protects workers from surface contamination and chemicals. Workers will also wear devices for communicating with each other and for monitoring air inside the suit. A dual-purpose air system will provide cool air for breathing and cool air throughout the suit for worker comfort, allowing them to work for longer periods of time. The suit is pressurized, which helps prevent workers from coming into contact with airborne contaminants.

“The employees involved in selecting the equipment and training on the equipment are some of the most experienced employees at CH2M HILL and at Hanford,” said Mike Swartz, CH2M HILL’s vice president for the Plutonium Finishing Plant Closure Project. “Their involvement in safety has been key as they prepare to enter the McCluskey Room.”

CH2M HILL employees will improve ventilation, remove combustibles, control airborne contamination, and isolate and remove electrical and mechanical items. They will remove processing equipment, such as glove boxes and tanks, to prepare that portion of the Plutonium Finishing Plant for demolition.

This video that explains the history of the McCluskey Room and demonstrates the new equipment employees will use when they enter that hazardous and historic area.

The Department of Energy’s Richland Operations Office is responsible for several major cleanup projects on the Hanford Site, including cleanout and demolition of the high-hazard Plutonium Finishing Plant, demolition of excess facilities, excavation of contaminated soil and solid waste, and treatment of contaminated groundwater, as well as Hanford Site infrastructure. The office oversees approximately $1 billion in annual funding for Hanford Site work that is conducted by a federal and contractor workforce of approximately 4,300 personnel. Visit www.hanford.gov.