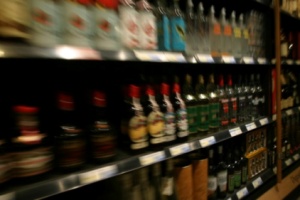 Focus: Were workers progressing in their careers?

John D. Meyer, MD, MPH, of Icahn-Mount Sinai School of Medicine, New York, and Miriam Mutambudzi, PhD, MPH, of Johns Hopkins School of Medicine, Baltimore, studied the relationship between occupation and AUDs in workers followed up from early adulthood to middle age. The study focused on the "substantive complexity" of work as an indicator of work trajectory — whether individuals were progressing in their careers in terms of factors such as decision latitude and expanded work abilities.

Based on factors such as drinking more than intended or unsuccessful attempts to cut down on drinking, AUDs were initially present in about 15 percent of men and 7.5 percent of women. Lower work trajectory was linked to a higher rate of AUDs — both initially and during follow-up. For both men and women, AUD rates were decreased with higher work trajectory.

But even men though had higher AUD rates, the association between AUD and flat or downward occupational trajectory appeared stronger in women. In contrast, higher education was more strongly associated with lower AUD risk in men.

Together with previous reports, the study suggests that "declining occupational trajectory is a consequence of AUD development," rather than a predictor. However, the link between AUDs and occupation appears to be "complex and reinforcing," Drs. Meyer and Mutambudzi write. They add that women's career paths "may be more readily disrupted" by AUDs, compared to men's.