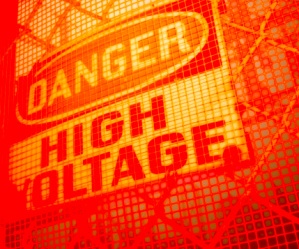 OSHA has proposed more than $70,000 in fines for Hyde Park, Mass. contractor who exposed its workers to possible electrocution from working close to energized power lines at a Cambridge work site where required safeguards were not used.

A May 9 inspection by OSHA found that employees used a trench rod and a fiberglass pole with a metal end to lift overhead power lines, so that workers could move excavating equipment under the lines and onto the work site. The Hyde Park contractor faces $70,290 in proposed fines.

"This employer knew the overhead power lines were dangerous, but did not take steps to protect workers or shield them from contact and electrocution," said Jeffrey Erskine, OSHA's area director for Middlesex and Essex counties. "Electricity is swift and deadly. While it is fortunate no one was injured or killed in this case, the hazard of death or disabling burns was real and present."

OSHA cited Gioioso in 2011 for a similar hazard at a Framingham work site. Based on the employer's knowledge of the hazard, OSHA has cited Gioioso for a willful violation with $69,300 in proposed fines. Another violation, with a $990 fine, was cited for improper labeling of a trench box.

Information on the hazards associated with working near power lines is contained in OSHA's Construction Safety eTool.