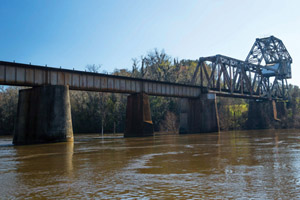 Last week’s decision by OSHA to cite the producers of “Midnight Rider” for willful and serious violations shows that tougher penalties are needed to prevent workplace deaths, according to the National Council of Occupational Safety and Health (National COSH).

“The death of cinematographer Sarah Jones and injuries to eight crew members were entirely preventable,” said executive director Mary Vogel. “OSHA was right to cite producer Film Allman, LLC, for willful and serious violations of federal law. But the proposed fines of $74,900 are way too low for this kind of tragedy, after a young worker lost her life and others were seriously injured.”

“Georgia District Attorney Jackie Johnson was courageous and correct to indict director Randall Miller and producers Jody Savin and Jay Sedrish on criminal charges of involuntary manslaughter,” said Vogel. “The sad truth is that irresponsible employers put the lives and health of workers at risk every day in workplaces across the United States. To change this deadly behavior, employers need to know they will face real, enforceable penalties – both criminal and civil – whenever their negligence or willful misconduct causes a preventable death or injury.”

More than 50,000 U.S. workers die every year due to on-the-job injuries and long-term exposure to occupational hazards. The median federal OSHA penalty for fatality cases was $5,600 in fiscal year 2013.

The death of Sarah Jones, a member of IATSE Local 600, was one of the workplace fatalities profiled in Preventable Deaths 2014, a report from the National COSH.

Joyce Gilliard, a hair stylist on the set of Midnight Rider, was severely injured but survived the incident.

National COSH links the efforts of local worker health and safety coalitions in communities across the United States, advocating for elimination of preventable hazards in the workplace. For more information, please visit coshnetwork.org.