A study published online in Occupational & Environmental Medicine has confirmed "strong associations" between exposure to chrysotile asbestos and lung cancer and asbestiosis. 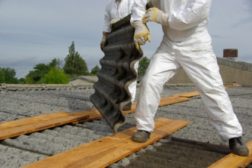 Although increasingly under fire for its health risks, asbestos consumption in the U.S. has increased dramatically. 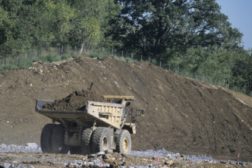 Erionite is a naturally occurring mineral that belongs to a group of silicate minerals called zeolites. It is usually found in volcanic ash that has been altered by weathering and ground water. 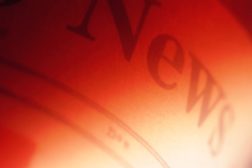 From the budget drama on Capitol Hill to the Fukushima nuclear disaster, the year 2011 did not lack for news about occupational and environmental health and safety.

EPA may be violating its own asbestos standard

The Office of Inspector General (IG) is warning the EPA to stop using unapproved demolition methods on buildings that contain asbestos -- something it said the agency is doing at multiple sites. 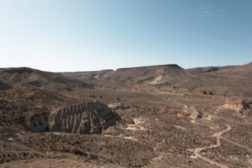 Peril in the west

Mesothelioma, an exceedingly rare and lethal form of cancer, was once thought to be caused only by inhaling asbestos fibers.

A Rochester, NY contractor who disposed of asbestos illegally, exposed untrained workers to the substance and lied to an OSHA inspector has been sentenced to six years in prison. 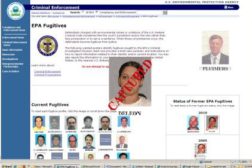 The former owner of the country’s largest asbestos abatement training school was sentenced to prison last week, after having fled the United States after her trial in November 2008. Albania Deleon, 41, formerly of Andover, Mass., was sentenced to 87 months in prison to be followed by three years of supervised release.