This website stores data such as cookies to enable important site functionality including analytics, targeting, and personalization. View our privacy policy.
Home » Blogs » Thought Leadership » Don't tune out Washington when your voice needs to be heard

Don't tune out Washington when your voice needs to be heard

Aaron K. Trippler
KEYWORDS: EPA / NIOSH
Order Reprints
I, like many, have been mesmerized by the inability of our elected officials to compromise on anything during this restive summer in Washington. 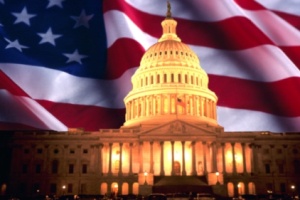 Unless you have been living in a cave or under a rock you know what I mean. Let’s see – first we have a prolonged debate on what to do about raising the debt-ceiling. After weeks and weeks of debate, the debt-ceiling was raised with a token approach to controlling our spending.

Next we have the inability to extend funding for portions of the Federal Aviation Administration. Let’s see – in addition to the argument about a labor issue there was debate on cutting some funding for small airports that would result in a savings of about $16 million.

So what did they do? They denied extension of funding for a few days, which amounted to a loss of some $400 million in revenue for the federal government. That really made sense!

Then we have the downgrading of the U.S. credit rating resulting in the stock market moving in one direction and the direction isn’t up!

I mention all of this because our elected officials continue to worry more about their re-election than in making decisions that might be good for the country. Not sure if the word “compromise” is even in their dictionary.

After working in this field for more than 30 years I thought I had seen everything. But the last month of watching our elected officials on every level (federal, and in some cases State) play politics with the economic future of this country makes one believe the favorable numbers in the polls will continue to go down.

So what does any of this have to do with occupational health and safety?

At the present time not a lot. But when Congress returns and begins discussing the FY12 federal budget we need to closely watch the debate. It’s a good bet Congress will cut spending – and some of these cuts will undoubtedly impact OSHA, NIOSH, MSHA,EPA and other federal agencies. Let’s hope the cuts that are made do not negatively impact the health and safety of workers.

In the end, all of this partisan bickering could make many swear off any involvement in the political process. But just the opposite could also be true. AIHA members – don’t sit back and complain. Stand up and write your elected officials and let them know your views on all of the issues. Perhaps, just perhaps, they will listen!