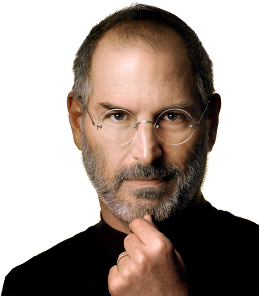 Steve Jobs’s departure as CEO of Apple has unleashed a flood of stories about his legacy, his products, his vision, and his management “playbook.”

What’s interesting is Jobs’s management style and Apple’s organizational culture, especially given the extensive coverage all the industrial safety trade magazines, consultants, and professional societies and conferences have given to leadership and culture in the past 3-5 years.

In safety circles, much has been made of the need for empathetic, open, listening leaders. “Actively caring” leaders is the term coined by Dr. E. Scott Geller.

And much has been written and presented on the need for organizational cultures that are open and transparent. Cultures that go to lengths to engage employees, empower employees. Their perceptions should be studied regularly. Their input taken seriously. Critical behaviors defined, observed and tracked for the safety and benefit of all.

During Jobs’s tenure as Apple CEO since 1997 (his second go-round as CEO), Apple has achieved astonishing success. Its products are nothing less than revolutionary in innovation and societal impact. Its market valuation second only to Exxon.

In Apple’s fiscal third quarter, revenue shot up 82 percent, to $28.57 billion. It was at least the ninth straight quarter Apple blew out Wall Street’s expectations.

At the top of Apple, a small, tight-knit group of leaders from various departments are physically clustered close to the offices of Jobs and Tim Cook, his successor as CEO. As reported in the Financial Times, members of this group take total responsibility for anything that occurs on their watch and are summarily fired if they fail.

This hierarchy, when it makes decisions and issues orders, expects them to be carried out with little questioning. As FT reports, “They have no interest in watching 1,000 flowers of innovation bloom all over the company. Employees are not empowered to make a difference. They are expected to do a clearly defined job and do it as well as they can.”

Beneath the top layer, an army of about 46,000 full-time Apple employees, most in sales and marketing, are in effect well-drilled foot soldiers. Many are fresh out of college working behind the Genius Bars in Apple’s stores, “highly educated yet counting their blessings to have a job,” according to FT.

The base of the organization is made up of a global supply chain of contract manufacturers and thousands of contract employees, most across Asia. In the late 1990s Apply completely got out of the hardware manufacturing business. Apple’s mammoth Chinese contractor, Foxconn, has achieved notoriety in the past 1-2 years for a series of employee suicides.

Sums up FT: Apple has “joint chiefs on top, the privates and contractors down below, and a strict chain of command holding them together.”

Then there is Steve Jobs’s leadership style. As reported in Newsweek, his “10 commandments” include: Be ruthless; Keep your secrets; and Shun focus groups. Jobs’s fantastic charisma allows him great leeway with employees. As described in Newsweek, he is a highly emotional and volatile narcissist with all-commanding self-confidence. He’s known to deliver devastating put-downs of co-workers. He is what Newsweek calls “a master of psychological manipulation, playing the roles of both good cop and bad cop as he alternated between lavish praise with terrifying scorn...before ultimately his colleagues could no longer take the brutal psychological toll.”

This is no screed against Mr. Jobs or Apple. He is arguably the greatest businessman of his generation, and comparisons with Henry Ford in terms of not only business acumen but societal influence are appropriate. And Apple outclasses everyone in and out of Silicon Valley with genius product design and applications.

For me the Apple story and Mr. Jobs’s story are welcomed caveats to the book shelves at Barnes & Noble loaded with lectures on politically correct leadership and culture in 2011.

In journalism, we are taught to always include a “to be sure” paragraph near the beginning of the article, which serves to acknowledge that “to be sure there are other, counter ways, alternatives” to whatever is being described as a trend in the article.

In today’s hyper-polarized U.S. culture where it’s-black-or-it’s-white, we could use more open acknowledgements that “to be sure” there are other ways. It is something for safety and health pros to consider when addressing leadership and culture issues.