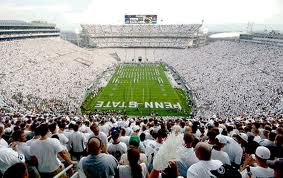 It will be a long time before all the facts come out, if they ever do, about the charges up in Happy Valley, Pennsylvania that former assistant football coach Jerry Sandusky sexually abused at least eight young boys 40 times during a span of 15 years, some of which allegedly took place at the football complex.

Recently fired legendary football coach Joe Paterno has been accused of willful blindness. It’s argued that Penn State, a huge university with more than 40,000 students on the main campus and an annual budget of $4 billion, suffers from a case of institutional willful blindness. 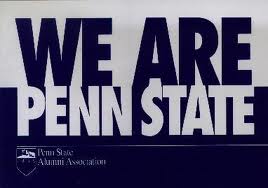 JoPa regrets now that he did not “do more” after learning of an alleged incident involving Sandusky and a youth in football complex shower room in 2002. Sandusky was first investigated by campus police in 1998 after a alleged incident. After retiring in 1998, he was invited on team trips in which he sometimes took young boys, and had the keys to the office, so to speak — locker room privileges. I don’t call this willful blindness; it’s an open invitation.

Sandusky says there is nothing to be blind about; he is innocent, and has claimed to be since day one.

This tragedy is all too reminiscent of workplace safety horror stories. Who knew what and when did they know it?

Who knew the risks at the Texas City refinery, the Upper Big Branch mine, the Deepwater Horizon operation? When were they uncovered? Were they investigated as thoroughly as they ought to have been? Who made the decision that these risks were somehow acceptable? Why didn’t others speak up?

It has been said people are resistant to seeing the truth if it runs counter to what they have an economic stake in.

I’m sorry, but I don’t believe people are blind when there is money involved. You can’t be blind and manage huge sums of money.

And money is at the root of most every workplace safety debacle. Resistance to spend money to correct hazards or improve maintenance. Rushing to get the thing done to save money. Cutting corners to save money.

Penn State football generates $70 million in revenue, $50 million in profit. Success in football has put the school on the map. Donations from JoPa built the school library. Home games are played in one of the most massive stadiums in the country. Alumni love a winner and alumni dollars roll in. Big-time football has created a reputation for the university that attracts students (122,000 freshman applications this year) and faculty nationwide.

The core of that reputation or brand, as articulated for more than 40 years by Paterno, is to be successful athletically, economically prosperous, and as ethically clean as a Disneyworld street.

So who is going take down this Magic Kingdom in the middle of Pennsylvania that has been 50 years in the making? A county district attorney declined to pursue one of the abuse allegations several years ago, mysteriously disappeared in 2005, and was declared legally dead in July of this year. A temporary janitor observed one shower room incident, told other janitors, but never made a report to police. Penn State’s athletic director was told of an incident and did not file a police report. The school’s president has been fired for, in effect, trying to hide the ticking time bomb to protect the brand. Several other officials have been put on leave. State College, home to Penn State, is a small, rural town. It’s been said a powerful football coach knows everything that happens in town. So does his staff. Even the janitors knew something was very wrong.

I don’t see any kind of willful blindness. No one was blind to the money machine that is Penn State football. They knew the value of Penn State’s clean image. Officials knew of the allegations surrounding Sandusky going back to 1998 at least and the risk posed by keeping Sandusky around “with privileges.”.

Complacent? Yes. Greedy? Yes. Reckless? Yes. Blind, willfully blind? No. Penn State officials knew what they were trying to protect. They knew they were delaying, hemming and hawing, not alerting authorities, not filing reports, downplaying allegations when they did surface. They willfully decided to take a huge risk in not getting caught. Just like in so many workplace disasters. There was no ignorance. People thought they could get away with a risk and it blew up in their face.