Confessions of a social media skeptic 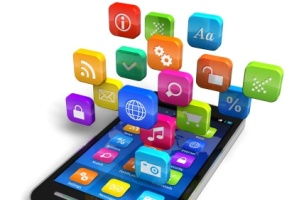 I recently read an impassioned post from a long-ago coworker who wrote that she is “far happier on a day-to-day basis thanks to these technology tools (Twitter, e-mail, blogs, instant messaging, text messages, cell phones and Facebook).

“They have connected me more closely to the people I love, and to several new communities. They’ve sparked and formed new relationships, and have brought many amazing people into my world.

“These tools have helped me virtually eliminate loneliness from my life.”

Would you echo her feelings?

What kind of impact have social media tools made in your life? Not necessarily your professional career, but as my old coworker puts it, “on a day-to-day basis”?

For me, the effect has not been quite so profound and life-changing. I think that is because, like everything in life, what you get out of something is commensurate with what you put into it. My old coworker is something of a national-known tech expert. She consults, she teaches, she preaches on the advantages of social media. She left behind the “legacy media” print world years ago (which is where we crossed paths) and was an early, enthusiastic adapter of all things social media.

Attitude as they say is everything. My attitude is old school. Deal with it. I certainly see the benefits of e-mail, both professionally and personally. Couldn’t live without it. E-mail goes down and suddenly I feel lost and lonely. What am I missing?

Blogs are hit or miss. I have bookmarked some excellent blogs about journalism, travel, photography, music, sports, and health and safety. Others are soapboxes for agitators who clearly love to antagonize. Blogging is a good outlet for curmudgeons of all stripes. I ignore them.

Facebook and Twitter may have value as business marketing tools, more so probably 3-5 years from now. I find too many trivial, gossipy, and useless information posted on Facebook right now. A friend sends a photo of a fellow airline passenger ready to puke. Wonderful. What’s the point? A running thread on my Facebook for 6 months now is how great it was growing up in my humble hometown. Old neighbors and classmates have come up with what seems like hundreds of examples of “You know you’re from Oaklyn if you remember…”

I’m down with Tony Soprano on this one: Tony once complained to his posse who were idly gabbing about “Remember when…” by saying, “You know, the lowest form of conversation is talking about the old days.”

Twitter too has its place, like during revolutions when revolutionaries tweet on where the next protest will take place, or where the police are clamping down, or atrocities that have been witnessed.

But that’s the exception. Most tweets come from celebrities who see themselves as the center of the universe and assume their loyal followers want to know what the celeb ate for breakfast, who they hung out with last night, and what errands he or she is running today. Ridiculous.

Text messaging is lost on me. I get texts from my kids. I call them back. Why not just call me, guys? My bias here is that I’m all thumbs trying to text and it gets damn frustrating. Talk to me, damn it, don’t type what you can easily say in a call.

I think bias has much to do with one’s use, or non-use, of social media tools. Friends who were early adapters back in the 80s of Apple computers and PCs, have a bias toward tech gadgets. In the 90s they were the ones designing web sites. In the past decade they have smoothly transitioned to iTunes, iPhones, cell phone photography, Kindles and Nooks,  iPads, and video on demand.

I’m more tactile. I like the feel of a newspaper or magazine or book. I like to look at my CD and DVD collections. I like to wander the ever-shrinking number of CD stores and indie book stores. Give me a well-stocked magazine stand in New York City or Washington. Priceless… and on the road to extinction, dammit. I don’t want everything digitized and residing off in some cloud. I don’t mind some clutter in my life, some scattered CDs and DVDs.

To paraphrase Gil Scott-Heron: the revolution will be digitized. No doubt about it. Start the revolution without me. Oh, it’s already well underway? Well, give me the Cliff Notes version of what I really ought to know about all things social media and I’ll manage just fine.

How about you? Does social media fragment communications and put more distance between us, or make us happier and less lonely?