We need their attentive eyes 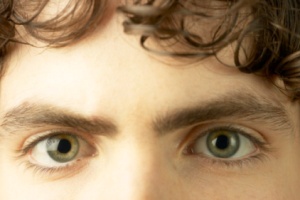 Something went wrong…people got hurt.

This sounds like the midnight call that all safety managers hate to get. A call that indicates an injury occurred and a whole litany of steps need to be taken: Comfort the victim and family, shut down the area, and deal with the paperwork.

Then there is the investigation and remediation. Typically the remediation is focused on the humans involved by issuing more procedures, training, and supervision. Indeed, looking at an existing procedure after an injury often can lend clues as to how the system let the victim down.

The development of a new procedure, more defined and refined, can help avoid the incident in the future.

Something went wrong…people got hurt. But this headline was reporting on something less substantial. People lost money, a company may go bottom up.

Knight Capital Group, a “market maker” in the stock market is one of the largest executer of stock buys & sells in the United States. Knight Capital had increasingly relied on computerized trading to execute its exchanges. On August 1st, a bug in the software started randomly buying and selling about 150 companies sending the stock market into disarray as others started to react to these trades.

Knight Capital announced it lost $440 million that day. Not measured are the losses of untold others who also lost money due to the debacle.

So what did the U.S. Securities and Exchange Commission do in response? Immediately they instituted a new procedure. All companies involved in computerized trading must fully test their software before putting them in place in the market or before making any changes.

Sound like a new procedure that may be put in place at your site after an injury?

An Op-Ed in the New York Times caught my eye. It was written by a former software engineer named Ellen Ullman. Based on her experience she tells us that modern computer software is often very complex involving many different software modules developed by many different companies who don’t share code; it is not possible to “fully test” any software of this magnitude. No computer code is without bugs. Even fixes, called “patches”, may add a new bug.

Is it possible that a new safety procedure at your site may have “bugs” and cannot anticipate all that can go wrong or worse cause an injury itself?

Ms. Ullman suggests that Wall Street look at what credit card companies have done. By law, if someone steals your card information and makes fraudulent purchases, the credit card company must cover the cost. This motivates these companies to try and be on the lookout for purchases that seem atypical. How do they do that? They have humans watching.

When an unusual pattern of purchases occur, like when you travel to a foreign country and use your card, a human will freeze the card and give you a phone call (which can be quite inconvenient when your out of country with a frozen credit card!). Ms. Ullmans suggests that Wall Street should have human observers to catch errant trade patterns too.

Let’s not fool ourselves like Knight Capital and think that our procedures can keep us safe. Yes, we need sound procedures and we need to keep refining them. But procedures will not catch all safety hazards and potential at-risk behaviors. Furthermore, the environment, people, and other procedures are constantly changing all around us. A once-sound procedure may turn into a hazardous one.

Therefore, we need to foster a safety culture that fosters “attentive human beings” who are on the alert for something out of the ordinary that may result in an injury or process event. Here are some strategies:

1) Train your employees on how to identify hazards. Play monthly “Hazard ID” games with your teams.

2) Give employees permission to alert each other and supervision when something seems wrong, even when that something may shut down operations or be embarrassing.

3) Create a user-friendly reporting system to capture near misses, minor injuries, hazards, and procedural improvement suggestions. Publicly use the information you get.

4) Help employees institute a peer-to-peer observation and feedback system like People-Based Safety. Remove barriers to participation by making it no name & no blame. Trend the data to look for something out of the ordinary.

5) Reinforce attentiveness. When an injury is diverted or process disaster averted make a big deal of it. This will encourage more in the future by more people.

Certainly… write the code… but don’t outsource the human.