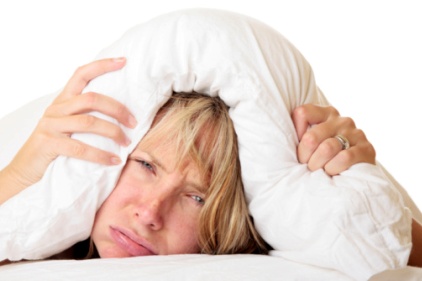 Before you blame the worker, or even the PPE itself for some workplace incident, consider that the worker may be sleep deprived.

Often, when a worker is confronted for violating a policy, he or she will shrug and say, “I forgot.” Many safety professionals are realizing that human errors, behavioral drift and even recklessness can be traced to a growing threat to workplace safety –a lack of sleep.

Many of us worry about not getting enough sleep, but just how harmful is a lack of sleep? As detailed in the following points, the short answer is – very.

A lack of sleep is as dangerous as alcoholic impairment. Experts contend that when someone has been awake for 21 hours, he/she will perform at a level of impairment roughly the same as a person with a blood alcohol level of 0.08%.

Just like alcohol or drug use, a lack of sleep increases risky behavior. Dr Chan’s 2012 research found that a workplace incident is four times more likely to be caused by fatigue then by alcohol or drug impairment.

As outlined in the following sections, this impairment may endanger workers in several ways.

Sleep deprivation impedes the worker’s judgment, and it may cause an otherwise compliant worker to choose not to PPE. A sleep-deprived worker is also far more likely to misjudge the height at which he/she is working, how much clutter could cause a trip, the speed of a forklift, and the traction of a work surface.

A sleep-impaired worker is far more likely to struggle to wear PPE or follow procedures properly. While most PPE is easy to put on and properly wear, the loss of manual dexterity typically associated with sleep deprivation may make improperly installed PPE more common.

The drowsiness associated with sleep deprivation can jeopardize safety when working with machinery, at heights, and certainly driving vehicles, as well as many other tasks. This happens in two ways: first, a sleep-deprived worker is more likely to miss damage or other flaws in the pre-use inspection of the PPE, and second, this lack of alertness increases the probability that a slip of the hand or feet or mind will occur.

Even if we were to design completely fool-proof PPE and safety protocols, sleep deprivation threatens workers in ways that PPE can’t protect against. According to a 2010 study by the University of British Columbia, Canadians who worked night and rotating shifts were almost twice as likely to be injured on the job when compared with those working regular day shifts.

Multiple sources list fatigue as one of the top five causal factors in workplace incidents (Chan, 2010), so while experts may attribute upward of 90% of workplace injuries to unsafe behavior, most fail to answer the question of why a worker behaved unsafely.

Increasingly, that answer is linked to a lack of sleep.

Vegso et al (2007) found an 88% increased risk of an incident for individuals working more than 64 hours a week. As employers try to do more work with fewer workers, workers are often forced to work while sleep deprived. As workers tire they make more mistakes and riskier choices.

Extent of the threat

So, just how widespread is the threat? Considering that almost a third of us don’t get enough sleep, the problem is at epidemic proportions.

In 2012, the U.S. Centers for Disease Control and Prevention reported . 50 to 70 million American adults suffer from sleep and wakefulness disorders.

Similar studies in the UK not only found that many people suffer from a lack of sleep, but also that sleep deprivation can interfere with people’s ability to perform demanding cognitive tasks.

According to Hallinan, even moderate sleep deprivation can cause brain impairment equivalent to driving while drunk – and has been shown to significantly increase an individual’s willingness to take risks.

In effect, sleep deprived workers make more mistakes, poorer decisions, and take more risks – all things that have been repeatedly shown to increase the probability of worker injuries.

British researchers reached a similar conclusion and in one study found that “Sleep loss has a primary effect on Sleepiness and Sustained Attention with much smaller effects on challenging Working Memory tasks.”

In simpler terms,the research found that workers are far more likely to forget rote tasks – like wearing PPE – when they were deprived of sleep on a regular basis.

Lack of sleep makes us sick

According to US News.com lack of sleep has been tied to mental distress, depression, anxiety, obesity, hypertension, diabetes, high cholesterol and certain risk behaviors including cigarette smoking, physical inactivity and heavy drinking.

The National Sleep Foundation found that after seven days of too little sleep the body undergoes genetic changes to as many as 700 genes. What’s more, researchers still don’t understand exactly the implications of these genetic changes. Clearly, sleep deprivation is far more dangerous than many people realize.

Despite the dangers, there are very few legal requirements that govern the lack of sleep for most workers and of those trades typically governed – healthcare workers, airline pilots, and truck drivers, for example – the workers aren’t the most likely to die from forgetting their PPE.

In fact, in most municipalities, the legal duties incumbent on organizations are fairly vague.

In  terms of fall protection and the dangers of working at heights, there are no specific requirements that those working at heights be fit for duty. The closest thing there is to such a requirement is the provision “work at height must be ‘carried out in a manner which is so far as is reasonably practicable safe’.”

Obviously, work performed at heights by a sleep-deprived worker is not being carried out in a manner that is safe, but is it reasonably practicable to expect organizations to manage sleep deprivation?

Managing the sleep deprived can be challenging, but considering that the impairment can be as significant as that of alcohol use, it’s important not only for the safety of the sleep deprived, but other workers as well.

When it comes to sleep-deprived employees there really isn’t a meaningful distinction from other signs of being unfit for duty:

• Sudden changes in appearance. The sleep-deprived employee may seem to lose interest in their appearance. A normally neat and appropriately dressed worker who suddenly reports to work disheveled may be unfit for duty. Managers have a right and responsibility to assertively confront the worker and have a frank conversation about the worker’s fitness to work.

• Increased mistake-making. A worker who has otherwise shown competency at his or her job who then becomes prone to errors may be showing signs of sleep deprivation. Managers should investigate the causes of this sudden drop in performance.

• Increased lapses in judgment. Just as the sleep-deprived worker will make more mistakes, a worker with normally sound judgment will show more incidences of poor choices and bad decision-making.

• Irritability. A lack of sleep will make a usually good natured worker ill tempered and irritable. Many workers who are branded as having a bad attitude may simply not be getting enough sleep.

Sleep deprivation in the workplace shows no signs of abating, but there’s still hope. Organizations should educate workers in ways that they can get enough restful sleep.

Experts at the National Sleep Foundation and elsewhere are resources in this effort and offer tips for getting a good night’s sleep:

1. Don’t sleep in at weekends – maintain your weekday sleep schedules.

2. Wind down. Experts recommend that people establish a regular relaxing routine to transition between waking and sleep. Soaking in a hot tub and then reading a book before retiring can greatly improve the quality of sleep one gets. Make your bedroom sleep friendly – dark, quiet, comfortable and cool.

3. Use your bed for sleeping. Experts warn that watching television or working on a computer can impede your ability to truly relax when it comes time for sleeping.

4. Avoid caffeine, nicotine and alcohol for several hours before bedtime.

5. Allow enough to time for sleep. Before you raise your hands in protest that you would if you could, consider that people who get enough sleep are significantly more productive than those who are deprived.

6. Nap. A 20 minute (no more) nap followed by exercise will make you feel refreshed and provide you a pick-me-up that will make you more productive.

7. Finish eating at least two to three hours before your regular bedtime.

8. Exercise regularly and complete your workout a few hours before bedtime.

9. Recognize that one of the most common reasons for insomnia is worrying about not getting enough sleep. Lying quietly with one’s eyes closed can be very restorative, and while it is not as healthy as deep REM sleep, it can be a short term solution to the sleep deprivation problem.

Dr Charles Samuels, the medical director at the Centre for Sleep and Human Performance in Calgary, Alberta, offers some additional tips for avoiding sleep deprivation and fatigue:

1. Determine how much sleep you need to feel well rested on a daily basis. Multiply that number by seven. The resulting number is the amount of sleep you need per week.

2. Determine how much sleep you get. Add up the total amount of sleep you get on day/afternoon/evening shifts per week and night shift per week. Then determine your sleep debt in each situation by subtracting those numbers from your sleep need.

3. Focus on minimizing your total sleep debt by taking the following actions:

Catch up on your sleep on your days off

4. Give yourself a quiet, completely dark, comfortable day sleep environment with no distractions.

5. Try to get two three to four hour blocks of sleep during the day when you work the night shift.

6. Learn to catnap. Take a short 20-30 minutes of time with eyes closed, situated in a comfortable resting position. You do not have to sleep to get the benefit of a catnap.

7. Remember – the treatment for sleepiness and fatigue is SLEEP!

Safety professionals should raise the awareness of this problem among workers and share these tips for getting enough sleep, especially on the night shift.

But if workers ignore these suggestions and continue to deprive themselves of sleep to the extent that they become a danger to their safety and the safety of others, the supervisors have no choice but to intervene.

As ridiculous as it may seem, workers may need to be disciplined for not getting enough sleep.