The U.S. Department of Labor (DOL) has announced an opioid-crisis National Health Emergency Dislocated Worker Grant for up to $6,281,891 – with $2,093,964 released initially – awarded to the Maine Department of Labor. The grant will support disaster-relief jobs and provide employment services to eligible individuals in Maine communities affected by the health and economic impact of widespread opioid use, addiction and overdose.
Read More

NSC to employers: Allow NO cannabis use among workers in safety sensitive positions

Employers who are struggling to understand how the evolving cannabis legalization landscape will impact their workplaces are getting some guidance from the National Safety Council (NSC). Regardless of whether cannabis consumption is allowed by their state, the NSC says employers should prohibit cannabis use for those in safety sensitive positions.
Read More

Applying for unemployment insurance? You could be drug tested

A new rule by the U.S. Department of Labor (DOL) will allow states to expand the parameters used to conduct drug testing on people who apply for unemployment insurance. The rule, which was sent to the Office of Management and Budget (OMB) for review, allows drug testing in occupations where it is regularly conducted. It includes testing for marijuana, opioids and a variety of other substances. Jobless workers who fail the test would be blocked from getting the assistance.
Read More 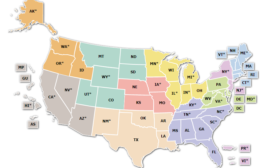 Can medical marijuana get you fired? Depends on the state.

Medical cannabis laws are associated with a 34% decline in workplace deaths for adults age 25 to 44, a new study finds. The reason? Those workers might be drinking less alcohol and taking less pills due to legalization.
Read More

Was it drugs or alcohol? A medical emergency? Federal officials aren’t saying, but an air traffic controller at the Las Vegas tower had to be removed from her position last week after she began slurring her words and giving incoherent commands to pilots – then stopped talking altogether.
Read More
More Articles Tagged with 'impaired'
Subscribe For Free!
More Videos