CDC: More needs to be done to contain Ebola

Despite some progress, one new outbreak or cluster a day 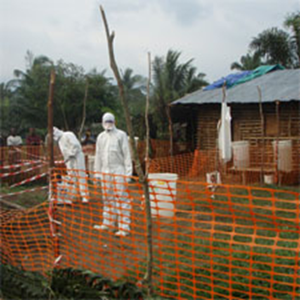 The effort to contain the Ebola epidemic in Liberia is showing preliminary signs of progress in some counties, but maintaining and extending these trends will require sustained efforts, according to three early-release articles in CDC’s Morbidity and Mortality Weekly Report (MMWR) on November 14.

One of the six reports provides an overview of the complex and rapidly changing situation in Liberia. There is widespread distribution of disease in urban and rural settings. Containing the epidemic will require more intensive efforts to identify new cases and perform contact tracing in the densely populated capital city of Monrovia while rapidly containing outbreaks in hard-to-reach and newly affected areas.

A "significant" decrease, but...

Two other reports document a significant decrease in new Ebola cases in two of Liberia’s 15 counties. Nevertheless, new cases continue to occur in these areas. United States, Liberian and international partners are now responding to new outbreaks in remote parts of the country as opposed to the larger outbreaks primarily occurring in more accessible areas. In recent weeks, there has been approximately one new outbreak or cluster per day. For comparison, during the past four decades, CDC has responded to approximately one Ebola outbreak every one to two years.

The Ebola epidemic in Liberia poses new challenges for response containment efforts. Because small outbreaks will expand if they are not contained quickly, response efforts are being adapted to manage smaller outbreaks in widely scattered, remote areas.

Declines in cases in two counties may also be a sign that medical and humanitarian support provided by the U.S. government and its partners – augmented by efforts from local communities and the Liberian government – is helping to slow the epidemic.

"We have to keep our guard up"

“The recent decrease in cases suggested by these reports shows how important it is to continue to intensify our Ebola response,” said CDC Director Tom Frieden, M.D., M.P.H. “We have to keep our guard up. In Guinea, cases have increased and decreased in waves; we can’t stop until we stop the last chain of transmission.”

Half of Liberia’s Ebola cases have been in Montserrado County, which is home to the capital city of Monrovia with its population of about 1.5 million. Since mid-September there has been a 73 percent decline in admissions to Ebola Treatment Units (ETUs), a 58 percent decline in blood samples testing positive for Ebola, and a 53 percent decline in body collections. Expansion of ETUs, safe burials, and public education and community action appear to be important factors in this improvement.

The report warns that Ebola has not been eliminated from Montserrado County. New cases continue to occur, and a reversal of this recent positive trend remains possible.