New study finds that stress may play a role

Stress may partly explain why young and middle-aged women have a worse recovery after heart attack, according to new research published in the American Heart Association journal Circulation.

Although 35,000 women under age 65 experience heart attack each year in the United States, there’s limited data on psychosocial characteristics and recovery outcomes of young and middle-aged women. 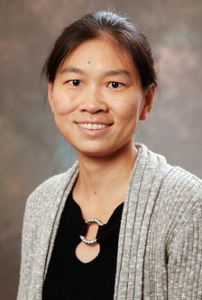 “Our study found a significantly higher level of mental stress in women 18-55 years old with heart attack compared to their male counterparts,” said Xiao Xu, Ph.D (pictured at right)., lead author of the study and assistant professor of obstetrics, gynecology and reproductive sciences at Yale University in New Haven, Connecticut.

Previous research suggests that mental stress may reduce blood flow and promote plaque forming in the arteries. Stress is also associated with behaviors that may adversely affect health outcomes such as treatment noncompliance.

Researchers analyzed data collected from 2,397 female and 1,175 male heart attack survivors 18-55 years old in the Variation in Recovery: Role of Gender on Outcomes of Young AMI Patients (VIRGO) study, a prospective observational study of young and middle-aged adult heart attack patients in the United States, Spain and Australia. During their initial hospital stay for heart attack, researchers measured patients’ perceived stress using a 14-item scale that gauged their lives as being uncontrollable and overloaded over the past month.

Women had worse recovery one month after heart attack on multiple outcome measures such as chest-pain-related physical function and quality of life as well as overall health.

The study’s results add to the growing literature on younger heart attack patients and the need to identify and understand how stress and other psychosocial issues affect recovery.

“We need to think more broadly about our patients,” said Harlan Krumholz, M.D., S.M., the study’s senior author and director of the Center for Outcomes Research and Evaluation at Yale-New Haven Hospital and a professor in Yale’s School of Medicine and Public Health. “We have to consider their state of mind and the experiences of their lives.”

How Reducing Stress Can Save Your Life