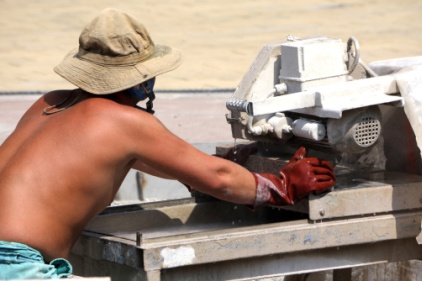 A coalition of advocacy, union and worker safety experts is petitioning OSHA to enact a mandatory standard to protect workers from extreme heat exposure.

“Over the past 20 years, at least 523 workers have died and more than 43,000 have suffered heat-related injuries serious enough to result in at least one day away from work,” according to a statement released by consumer advocacy group Public Citizen.

The organization said that figure does not represent the true scale of the problem, since many heat-related worker injuries and deaths go unreported.

The petition calls on OSHA to implement a permanent heat standard that would require that workers be given mandatory rest breaks on particularly hot days and access to sufficient drinking water and shade, among other measures. It was signed by Public Citizen; Farmworker Justice; the United Electrical, Radio and Machine workers of America and Dr. Thomas Bernard, professor and chair of environmental and occupational health at the University of South Floridaand a leading expert on heat stress in workers.

The petition also calls for an Emergency Temporary Standard (ETS) for a heat stress threshold to be issued immediately to protect workers while OSHA initiates its rulemaking process. Both California and Washington implemented an ETS prior to finalizing permanent standards.

California, Washington, Minnesota and the military have enacted standards that workers from extreme heat conditions.

Although NIOSH urged OSHA to adopt a heat standard for workers based on findings from a study conducted in 1972 – a recommendation echoed by one of OSHA’s own advisory committees, the agency to date has relied on an educational campaign aimed at informing employers and workers about the dangers of heat exposure.

Public Citizen contends that the educational effort will fail because OSHA lacks an effective enforcement policy.

From the group’s statement; “When OSHA does address dangerously hot conditions for workers, it relies primarily on its indirect authority under the general duty clause of the 1970 law that created the agency. However, as OSHA head David Michaels noted several years ago before becoming OSHA administrator, the agency rarely exercises this authority and does so only in cases of egregious employer negligence. Indeed, over its 40-year history, OSHA has conducted just 112 inspections under the general duty clause in which citations were issued for violations of safe heat exposure practices, and 13 of those citations were later dismissed. In addition, penalties imposed under the clause are so small (just $2,000 per violation) that many employers factor them into the cost of doing business, rather than safeguard their workers, as is clearly evident from the continuing high rates of heat-related deaths and injuries.”

Excessive heat exposure while on the job can result in heat exhaustion, with symptoms such as nausea, headaches and extreme thirst, which, if not promptly treated, can progress to heat stroke and death. Workers are particularly susceptible to the effects of heat, in part, because certain types of clothing, such as personal protective equipment, block the normal sweat evaporation response, the body’s most critical cooling mechanism. The most vulnerable are agricultural workers – who account for more than one in five deaths resulting from environmental heat exposure – and construction workers, who suffer heat-related deaths at more than four times the national rate.

“OSHA has demonstrated an alarming lack of oversight over the past 40 years in the face of this recognized and entirely preventable hazard,” said Dr. Sidney Wolfe, director of Public Citizen’s Health Research Group. “Only with the implementation of a specific, enforceable standard will hundreds of lives be saved and thousands of heat injuries prevented over the next decade.”