Standard comes in response to Kleen Energy explosion in 2010 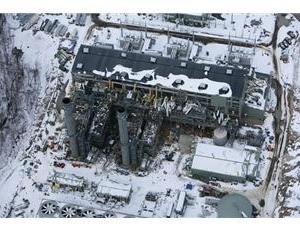 The National Fire Protection Association (NFPA) announced today the release of NFPA 56 (PS), Standard for Fire and Explosion Prevention During Cleaning and Purging of Flammable Gas Piping Systems, 2012 Edition, which prohibits the use of flammable gas as a cleaning agent for cleaning the interior of pipes.

“This is an example of the critical role NFPA plays in providing codes and standards for use by government and other entities throughout the world,” said NFPA President James M. Shannon. “Our ability to bring together the right people at the right time and to facilitate a consensus process in very short order resulted in a standard that will save lives and prevent a tragedy like the one in Connecticut from happening in the future.”

The new standard was developed in the wake of the 2010 explosion at the under-construction Kleen Energy Power Plant in Middletown, Conn. that killed six workers and injured nearly 50 others and a subsequent investigation by the CSB. As part of the commissioning process for this facility, highly pressurized flammable gas (natural gas) was used to clean debris from the piping and was then discharged without controls into the atmosphere, causing the explosion. As a result of their investigation, CSB issued recommendations to various parties including the NFPA. NFPA acted promptly, forming a new technical committee and charging it with the responsibility to develop a new standard. NFPA 56 addresses not only the cleaning practice known as “gas blows” but also addresses a broad range of gas process activities, such as pipe cleaning, repair, replacement, and removal procedures conducted at power plants, and industrial, institutional, and commercial applications.

“Nineteen months ago, the Middletown community was witness to an awful tragedy at the Kleen Energy plant, when a then-routine gas blow procedure went terribly wrong. The investigation into what happened that day resulted in this new worker protection standard -- the first of its kind to address this dangerous procedure. I thank the NFPA and CSB for steadfastly moving to develop this critical response which will help to save lives across the country. We owe it to the men who perished that terrible day to make the tragedy in Middletown the very last of its kind,” said Congresswoman Rosa L. DeLauro.

“I am pleased that the National Fire Protection Association has made the CSB’s Fuel Gas Safety recommendations a high priority; I applaud NFPA’s quick and effective action taken since the February 7, 2010, tragedy at Kleen Energy,” said US Chemical Safety Board Chairman Rafael Moure-Eraso.

In addition to the CSB urgent recommendation to not allow the use of flammable gas as a cleaning agent for interior pipes, NFPA 56 (PS) expands on the CSB recommendations by including cleaning and purging of all flammable gas piping systems at any inlet pressure for electric-generating plants, industrial, commercial and institutional applications.

Highlights of the requirements in NFPA 56(PS) include:

More information on NFPA 56 can be found at www.nfpa.org/56