MSHA says mechanic's death at mine could have been avoided 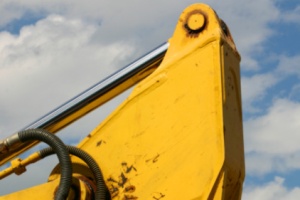 A coal mine worker killed while removing a fuel tank/counter weight from a Caterpillar end loader died because proper work procedures were not followed, according to an investigation just concluded by the Mine Safety and Health Admininstration (MSHA).

That fatal accident at the Guyan mine in Logan County, West Virginia claimed the life of 37-year-old mechanic Richard L. Young on May 14, 2011. According to the MSHA report released today, Young and another mechanic were preparing the machine to remove the fuel tank, which was suspected to contain contaminants. Young placed himself under the machine and was removing bolts when the 11,685 pound counter weight fell on him, crushing him.

"The bolts were removed without installing proper blocking to assure the counter weight was secured against motion," the investigators concluded. "The procedures used did not follow the recommended procedures which were available on site from the machine manufacturer."

Although the task is not a routine repair performed on a regular basis, the MSHA determiend that Young and the other worker had experience experience and had removed counter weights in the past from similar machines. Furthermore, the manufacturer's service manual described the steps and safety precautions to be taken for the task, but the manual was apparently not referenced before or during the removal of the counter weight.

"Blocking materials normally used by mechanics, such as crib blocks, jack stands, and wheel truck rims with flat metal attached to top and bottom for support, were found in numerous quantities within 150 feet of the accident site," notes the report. "However, they were not used to secure the counterweight against motion."

Management failure was identified as the root causes of the fatal accident. The MSHA said the company should have ensured that the counterweight/fuel tank was blocked before the mounting bolts were removed, and that the mechanics used the manufacturer's service manual when performing a task that is not done on a regular basis.