CDC recommends ways to reduce the threat of strokes 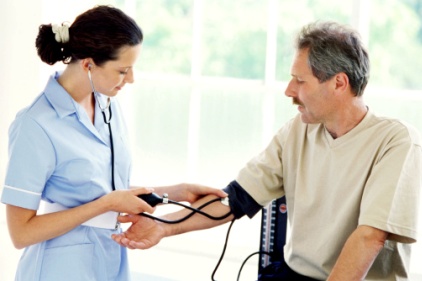 The Centers for Disease Control and Prevention (CDC) is calling on Americans to take immediate action to reduce their risk for stroke through a new Health and Human Services initiative called Million Hearts. The program, which involves communities, health systems, nonprofit organization, federal agencies and private sector partners, is aimed at preventing one million heart attacks and strokes over the next five years.

More than137,000 Americans die of stroke every year (equivalent to the total population of Savannah, Ga.), making it one of the leading causes of death in the U.S. nited States. Every 40 seconds, someone in the U.S. has a stroke.

A stroke occurs when a clot blocks the blood supply to the brain or when a blood vessel in the brain bursts. The CDC says you can greatly reduce your risk for stroke through lifestyle changes and, in some cases, medication.

“We can do so much more to prevent strokes and the new Million Hearts initiative offers opportunities for individuals, providers, communities, and businesses to apply tools we have readily available today to reduce strokes and heart attacks,” says CDC Director Thomas Frieden, M.D., M.P.H

The Million Hearts program wants people to follow their ABCS:

The risk for stroke varies

Anyone can have a stroke, but some populations are at higher risk than others. Compared to whites, African-Americans are at nearly twice the risk of having a first stroke. Hispanic Americans' risk falls between the two.  Moreover, African-Americans and Hispanics are more likely to die following a stroke than are whites.

Stroke can cause death or significant disability, such as paralysis, speech difficulties, and emotional problems. Some new treatments can reduce stroke damage if patients get medical care soon after symptoms begin. When a stroke happens, it is important to recognize the symptoms, call 9-1-1 right away, and get to a hospital quickly.

The sudden onset of any of the following symptoms require immediate medical attention:

• Sudden numbness or weakness of the face, arm or leg, especially on one side of the body
• Sudden confusion, trouble speaking or understanding
• Sudden trouble seeing in one or both eyes
• Sudden trouble walking, dizziness, loss of balance or coordination
• Sudden, severe headache with no known cause

More than 2 million heart attacks and strokes occur every year and treatment for these conditions and other vascular diseases account for approximately $1 of every $6 healthcare dollars.

To learn more about Million Hearts and how to get involved, go to millionhearts.hhs.gov/index.shtml.