No news on bottled-up noise standard 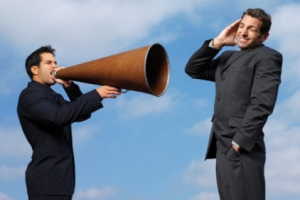 Nary a peep out of OSHA regarding its plans for what the agency called a proposed "Interpretation of OSHA's Provisions for Feasible Administrative or Engineering Controls of Occupational Noise," which was published more than a year ago in the Federal Register on Oct. 19, 2010.

Exactly three months later, on January 19, 2011, OSHA announced that it would withdraw the proposal. Critics argued that it would have required employers to implement costly and disruptive new controls for employee exposure to noise.

"We're very eager to get input from those parties who would be affected by this proposed interpretation," said Dr. David Michaels, assistant secretary of labor for occupational safety and health. "We have by no means completed our review of the issue and seek to make an informed decision that is in the best interest of protecting workers, yet sensitive to the operating changes businesses would need to make."

Thousands of workers every year continue to suffer from preventable hearing loss due to high workplace noise levels. Since 2004, the Bureau of Labor Statistics has reported that more than 125,000 workers have suffered significant, permanent hearing loss. In 2008 alone, BLS reported 22,000 hearing loss cases, according to OSHA.

Responding to continuing high levels of hearing loss among employees in the nation's workplaces, the notice proposed to make enforcement of the hearing conservation standard consistent with enforcement of other OSHA standards by clarifying the term "feasible administrative or engineering controls" as used in OSHA's general industry and construction occupational noise exposure standards.

Opponents said OSHA had become aware of the possible costs of complying with the proposal – which are estimated to be in the billions of dollars, according to critics.

Employer groups argued that while OSHA finally offered some data about hearing loss injuries, the numbers they provide do not indicate that existing employer efforts have led to the steady decline of work related hearing loss injuries since this OSHA began collecting such data in 2004. This hearing loss data does not reflect the widespread use of personal listening devices and other personal habits that are now being identified as a major source of hearing problems in the population, according to opponents of the measure.