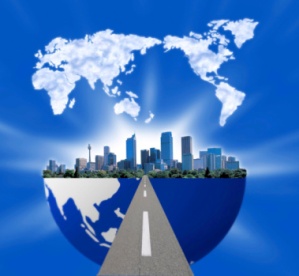 The position statement by Workers Uniting -- comprised of the United Steel Workers and Unite, Britain and Ireland's largest union -- was released during a gathering in London last week.

The group said management is the primary cause of work-related injuries and illnesses.

"Behavioural safety is the name given to a variety of management programmes that focus on worker behaviour as the main cause of injuries and accidents at work. These programmes presume that if workers just work carefully enough, wear their personal protective equipment and follow safety rules, job injuries and illnesses will not happen. Behavioural safety programmes ignore the key role that workplace hazards and hazardous conditions play in injury/illness causation. Many behavioural safety programmes are designed in ways that undermine trade union activity on health and safety decrease the role of joint health & safety committees and shift the blame for accidents and poor health & safety from management to workers."

Workers Uniting challenges the legal framework for behavioral safety programs, citing UK law that calls for hazards to be identified through a risk assessment and  removed or reduced 'as far as is reasonably practicable'.

"In reducing risk an employer has to go through a widely accepted suite of hazard controls which consider elimination and engineering controls before less effective solutions such as PPE, training and safe working procedures....Behavioural safety turns this process of hazard identification and hazard control on its head. It ignores the identification and proper correction of hazardous workplace conditions, and emphasizes PPE and safe working procedures as the main ways of preventing injury. Because of this, many pure behavioural safety programmes do not conform to UK or European law.

"In Canada and the United States, regulators generally require employers to identify, evaluate and control hazards. While regulatory requirements differ by region and industry, requirements for mitigating hazards support the use of the hierarchy of controls. Schemes that blame workers violate not only the intent of these requirements, but, in some cases, the letter of the law."

The statement warned that the following represented behavioral safety programs:
• Prizes and reward schemes tied to no or low injury reports or lost time accidents
• Inquiries into and disciplinary action for accidents
• Observation schemes involving workers reporting co-workers for unsafe behaviours
• The focus shifting away from designing out hazards to whether or not workers are wearing their PPE or “lifting properly
• Workers being afraid to report injuries, illnesses and accidents.

Workers Uniting is calling for greater union input into health and safety issues, along with "robust" hazard identification and correction; using the hierarchy of controls to address hazards; joint accident/incident/near miss investigations that identify root causes; upholding anti-retaliation policies; full reporting and recording of all injuries, illnesses and near misses; and regular evaluation of hazard elimination programs.

The joint statement was signed by Len McClusky, Unite General Secretary and Leo Gerard, USW International President. Workers Uniting was formed in 2008 and has members in the United States, Canada, the Caribbean, the United Kingdom and Ireland.