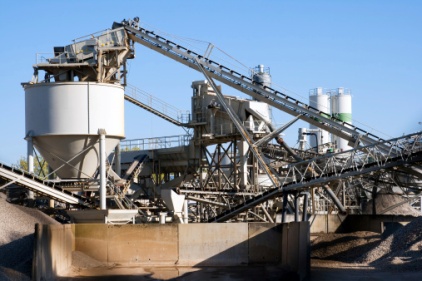 The U.S. Environmental Protection Agency (EPA) and the U.S. Department of Justice (DOJ) announced that Essroc Cement Company has agreed to pay a $1.7 million penalty and invest approximately $33 million in pollution control technology to resolve alleged violations of the Clean Air Act (CAA) at six of its Portland Cement manufacturing plants. The settlement will result in reductions of more than 7,000 tons of harmful nitrogen oxides (NOx) and sulfur dioxide (SO2) pollution each year -- substances the EPA says can lead to childhood asthma, acid rain, and smog. Essroc has also agreed to spend $745,000 to mitigate the effects of past excess emissions from its facilities.

“This will bring Essroc into compliance with the nation’s Clean Air Act and marks significant progress in addressing the nation’s largest sources of air pollution, and protecting the most vulnerable among us, especially children and the elderly, from respiratory and other health problems,” said Ignacia S. Moreno, assistant attorney general for the Environment and Natural Resources Division of the Department of Justice.

Under the settlement, Essroc will install state of the art pollution control technology to control SO2 and NOx at five of its plants and demonstrate a selective catalytic reduction system (SCR) system at two long wet kilns in its Logansport, Ind. plant. If successful, this will be the first SCRs used on long wet kilns anywhere in the world. Essroc will also permanently retire its sixth plant, located in Bessemer, Penn. This plant is currently out of operation and its permanent retirement will ensure that the facility does not restart without proper permitting under the CAA.

The settlement also requires Essroc to spend $745,000 on a mitigation project to replace old engines in several off-road vehicles at its plant sites. The replacement engines are estimated to achieve approximately a 50-80 percent reduction in nitrogen oxides in each engine.

Reducing air pollution from cement plants is one of EPA’s National Enforcement Initiatives for 2011-2013.

"Sulfur dioxide and nitrogen oxides, two key pollutants emitted from cement plants, have numerous adverse effects on human health and are significant contributors to acid rain, smog, and haze," according to a statement by the EPA. "The pollutants are converted in the air into fine particles of particulate matter that can cause severe respiratory and cardiovascular impacts, and premature death. Reducing these harmful air pollutants will benefit the communities located near the Essroc plants, particularly communities disproportionately impacted by environmental risks and vulnerable populations, including children."

The states of Indiana and West Virginia, and the Commonwealths of Pennsylvania and Puerto Rico, are also signatories to the consent decree.