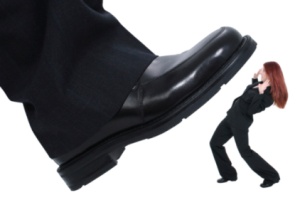 A Hawaii Senate committee is considering a proposal that would make abusive conduct against a public employee by another public employee an occupational safety violation. Senate Bill 2487, titled Abusive Work Environment; Public Employment, would address bullying, abuse and verbal harassment in the workplace.

The National Institute for Occupational Safety defines workplace bullying as intimidation, slandering, social isolation or humiliation by one or more persons against another. Psychologists say such behavior can result in both physical and psychological harm.

Victims would be eligible for workers' compensation.

The state's Senate Ways and Means Committee is deciding whether to send the bill to the full Senate for approval.

At recent hearings on the bill, two employees testified about emotional distress they suffered because of an abusive supervisor. Despite a restraining order, the abuse continued for another two years.

Testifying against the bill, the President and CEO of Hawaii's Chamber of Commerce said employers already attempt to create a positive work environment. "Many employers are constantly seeking ways to provide benefits and security to retain employees, including the prevention and intolerance of an abusive work environment," said Jim Tollefson.

He added that the language of the bill poses concerns. "For example, 'Subjection of an employee by the employee's employer to an abusive work environment' is too broad and indefinite a concept to realistically or fairly impose on businesses."

Additionally, Tollefson said the bill would expose employers to liability for conduct they could not be reasonably expected to prevent.

Is workplace bullying a threat to worker safety? And if so what can be done about it?