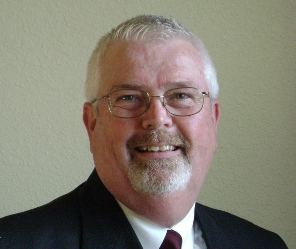 OK-1 Safety & Manufacturing is proud to announce that Jim Teigen has been promoted to General Manager and Tom Dulaney to National Sales Manager of its division, OK-1 Safety & Ergonomics. Roger Teigen, owner of OK-1 said, “This is a fantastic move for our organization. We had an incredible year in 2011, despite these difficult economic times. Now with the winning combination of Jim and Tom, we know that 2012 will be even better.”

Jim Teigen is not only a veteran of the company, he is a true veteran and patriot of our country. With over 25 years in the U.S. Air Force, Jim served as Pilot, Aircraft Commander, Instructor, Flight Commandeer/Cell Lead and Chief of Training Flight for B-52s and T-37s and much more. According to Owner Roger Teigen, “Jim has made a substantial contribution to society and our company as both a leader and a mentor.”

For OK-1 Safety & Manufacturing, Jim serves in multiple roles, including Vice President, COO and now, General Manager of OK-1 Safety & Ergonomics. Additionally, Jim serves as Chairman of Hi Vis Product Group for ISEA, was on the ISEA Board of Trustees for three years, and is a member of several other industry-related organizations.  Prior to his new role as General Manager, Jim Teigen served as both National Sales Manager and Business Manager for a total of twelve years. His duties included managing a sales force of 39 independent manufacturer representatives, overseeing new products and inventory levels while also acting as Technical Advisor.

Tom Dulaney has a proven track record of success in both sales and management. Before joining OK-1, he was Territory Manager for the Southeast Region of Schrade Cutlery for twenty-five years, and Regional Manager for the Southeast Region of PAM Fastening.for three years. Prior to being promoted to National Sales Manager of OK-1, for four years Tom managed five independent representative agencies with twenty-four reps covering twenty-one states. Tom said, “I’m proud to be an integral part of an organization so totally committed to quality, employees and most importantly, excellence in customer service.”

About OK•1 Manufacturing Co. and its Division OK•1 Safety & Ergonomics