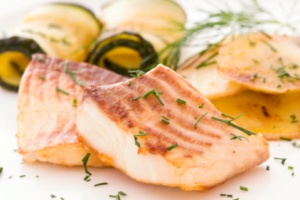 Foodborne disease outbreaks caused by imported food appeared to rise in 2009 and 2010, and nearly half of the outbreaks implicated foods imported from areas which previously had not been associated with outbreaks, according to research from the Centers for Disease Control and Prevention, presented yesterday at the International Conference on Emerging Infectious Diseases in Atlanta.

“It's too early to say if the recent numbers represent a trend, but CDC officials are analyzing information from 2011 and will continue to monitor for these outbreaks in the future,” said Hannah Gould, Ph.D., an epidemiologist in CDC’s Division of Foodborne, Waterborne and Environmental Diseases and the lead author.

CDC experts reviewed outbreaks reported to CDC’s Foodborne Disease Outbreak Surveillance System from 2005-2010 for implicated foods that were imported into the United States. During that five-year period, 39 outbreaks and 2,348 illnesses were linked to imported food from 15 countries. Of those outbreaks, nearly half (17) occurred in 2009 and 2010. Overall, fish (17 outbreaks) were the most common source of implicated imported foodborne disease outbreaks, followed by spices (six outbreaks including five from fresh or dried peppers). Nearly 45 percent of the imported foods causing outbreaks came from Asia.

“As our food supply becomes more global, people are eating foods from all over the world, potentially exposing them to germs from all corners of the world, too,” Gould said. “We saw an increased number of outbreaks due to imported foods during recent years, and more types of foods from more countries causing outbreaks.”

According to a report by the Department of Agriculture's Economic Research Service (ERS), U.S. food imports grew from $41 billion in 1998 to $78 billion in 2007.  Much of that growth has occurred in fruit and vegetables, seafood and processed food products.  The report estimated that as much as 85 percent of the seafood eaten in the United States is imported, and depending on the time of the year, up to 60 percent of fresh produce is imported. ERS also estimated that about 16 percent of all food eaten in the United States is imported. The types of food causing the outbreaks in this analysis aligned closely with the types of food that were most commonly imported.

Gould warned that the findings likely underestimate the true number of outbreaks due to imported foods as the origin of many foods causing outbreaks is either not known or not reported.

“We need better - and more - information about what foods are causing outbreaks and where those foods are coming from,” Gould said. "Knowing more about what is making people sick, will help focus prevention efforts on those foods that pose a higher risk of causing illness.”

Recently, the Food and Drug Administration has have stepped up its efforts to conduct environmental assessments to determine the root cause of outbreaks. With lessons learned from outbreaks, measures will be taken to prevent such outbreaks in the future.  The newly enacted FDA Food Safety Modernization Act is also a major step in establishing a prevention based food safety system that would address domestic as well as imported foods. CDC, FDA and USDA will continue to work together to prevent foodborne illness and stop harmful products from entering commerce.