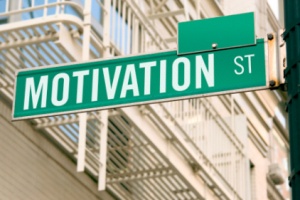 Richard Fairfax, OSHA deputy assistant secretary issued a memorandum on March 12, 2012 to agency regional administrators and whistleblower protection program managers that might have slipped under the radar of many safety professionals.

The memo is a directive to field personnel on how to evaluate the legitimacy and fairness of safety incentive programs and employee discipline programs relating to safety.

Labor unions and safety activists have been concerned for years that too many industry safety incentive programs drive the reporting of injuries underground in order to maintain eligibility for incentive awards. Some of those critics have found homes in OSHA’s Washington policy-making front-office — Jordan Barab and Deb Berkowitiz — and now OSHA has used an enforcement directive to confront those concerns.

Business groups have accused OSHA for years of circumventing the lengthy standard-setting process by issuing enforcement directives. OSHA has no standard governing the use or misuse of safety incentive programs, and this directive sets a precedent in terms of the agency taking a position regarding the use of incentives.

According to Fairfax in his memo, OSHA has received the following reports from the field:

● “Some employers have a policy of taking disciplinary action against employees who are injured on the job, regardless of the circumstances surrounding the injury. Reporting an injury is always a protected activity. OSHA views discipline imposed under such a policy against an employee who reports an injury as a direct violation of section 11(c) or the Federal Railroad Safety Act. In addition, such a policy is inconsistent with the employer's obligation to establish a way for employees to report injuries under 29 CFR 1904.35(b), and where it is encountered, a referral for a recordkeeping investigation should be made.”

● “In another situation, an employee who reports an injury or illness is disciplined, and the stated reason is that the employee has violated an employer rule about the time or manner for reporting injuries and illnesses. Rules cannot penalize workers who do not realize immediately that their injuries are serious enough to report, or even that they are injured at all. Where the employer's reporting requirements are unreasonable, unduly burdensome, or enforced with unjustifiably harsh sanctions, they may result in inaccurate injury records, and a referral for a recordkeeping investigation should be made.”

● “In a third situation, an employee reports an injury, and the employer imposes discipline on the ground that the injury resulted from the violation of a safety rule by the employee. In some cases, however, an employer may attempt to use a work rule as a pretext for discrimination against a worker who reports an injury. Vague rules, such as a requirement that employees "maintain situational awareness" or "work carefully" may be manipulated and used as a pretext for unlawful discrimination. Where such general rules are involved, the investigation must include an especially careful examination of whether and how the employer applies the rule in situations that do not involve an employee injury. Enforcing a rule more stringently against injured employees than non-injured employees may suggest that the rule is a pretext for discrimination against an injured employee.”

● “Finally, some employers establish programs that unintentionally or intentionally provide employees an incentive to not report injuries. For example, an employer might enter all employees who have not been injured in the previous year in a drawing to win a prize, or a team of employees might be awarded a bonus if no one from the team is injured over some period of time. There are better ways to encourage safe work practices, such as incentives that promote worker participation in safety-related activities, such as identifying hazards or participating in investigations of injuries, incidents or "near misses."

Writes Fairfax, “If the incentive is great enough that its loss dissuades reasonable workers from reporting injuries, the program would result in the employer's failure to record injuries that it is required to record under Part 1904. In this case, the employer is violating that rule, and a referral for a recordkeeping investigation should be made.”

Fairfax also notes: “OSHA has also observed that the potential for unlawful discrimination under all of these policies may increase when management or supervisory bonuses are linked to lower reported injury rates… we cannot condone a program that encourages discrimination against workers who report injuries.”

Some safety professionals who have taken notice of the new directive question its rationale: that massive under-reporting of injuries exists across industries and too many employees are unfairly disciplined and discriminated against for the sake of keeping a clean accident sheet.

Some safety pros fear this directive will cause confusion about when discipline is acceptable and when it’s not, with the end result being companies dropping discipline program in fear of having them ruled discriminatory.

There is also the fear that this directive gives OSHA inspectors too much discretion in interpreting what is, and what is not, a discriminatory safety policy or program, with safety professionals being burdened to deal with the gray areas and defend long-standing incentive and discipline programs.