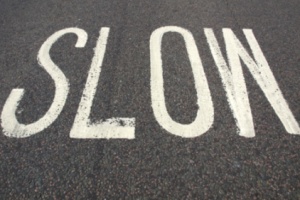 The name of a Senate committee hearing going on right now says it all, say safety advocates: “Time Takes Its Toll: Delays in OSHA Standard Setting and Its Impact on Worker Safety.”

During the two-day hearing, the Senate Health, Education, Labor and Pensions (HELP) Committee is expected to hear from victims and family members of work-related injuries, illnesses and fatalities as well as occupational safety experts.

Consumer watchdog group Public Citizen calls government foot-dragging in protecting workers "a dangerous problem," and urged the Obama administration pays attention to the testimony, which will include calls for the government to strengthen regulations regarding well-documented hazards like silica exposure.

"For many hazards, like silica and other toxic chemicals, federal standards are recklessly out of date and far too weak," said Public Citizen's Lisa Gilbert. "The process by which the Occupational Safety and Health Administration (OSHA) sets standards is complicated and slow, and as a result, it often takes more than 10 years to set new workplace safety standards

"To make matters worse, business groups led by the U.S. Chamber of Commerce have been attacking all new OSHA safety standards to try to block them. They also are pushing harmful 'regulatory reform' legislation that would make it even more difficult, if not impossible, for OSHA and other key public protection agencies like the Environmental Protection Agency to issue new rules at all.

In one high-profile case, the Office of Management and Budget’s Office of Information and Regulatory Affairs (OIRA) has delayed completion of OSHA's proposed silica rule for more than a year without explanation. The Department of Labor's  proposals to limit hazardous child labor in agriculture were delayed for nine months by the White House.

(The U.S. Chamber of Commerce did not respond to a request for a statement.)