Complaining about rats gets worker fired 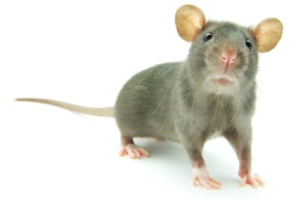 An employee who was terminated after raising health concerns about a rodent infestation in the workplace will be reinstated, if the U.S. Department of Labor prevails in its lawsuit against Aquatech Technologies.

OSHA found that the Florida canvas manufacturer violated the OSH Act by retaliating against employee, who reported serious problems to management regarding rodents and rodent droppings in the company's Stuart office. Owner Allan R. Lochhead placed rodent traps in the office, but the problem continued. The employee complained again, but Lochhead indicated that there was no rodent problem, so the employee filed a health complaint with OSHA. One day after the company was notified of the health complaint by OSHA officials; the employee was terminated. The employee filed a timely whistleblower complaint with OSHA, which concluded that the company and Lochhead had unlawfully and intentionally terminated the worker for engaging in activity protected by the OSH Act.

Aquatech Technologies, which is owned by LOTO Services LLC, does business as Aquatech Canvas & Consignment, because that employee raised health concerns about rodent infestations at Aquatech's facility in Stuart. Aquatech Canvas & Consignment specializes in the preparation, sale and installation of canvas, including covers for boats and upholstery.

The suit seeks to have the employee reinstated and paid back wages, interest, and compensatory and punitive damages. Additionally, the suit requests that the employee's personnel records be expunged with respect to the matters at issue in this case, the employer be barred against future violations of the law by a permanent injunction and the court grant any other appropriate relief.

Information about employee whistleblower rights is available online at www.whistleblowers.gov.

Employee denied PPE, then fired by employer after complaining to the media, receives lost wages in whistleblower settlement (4/7)