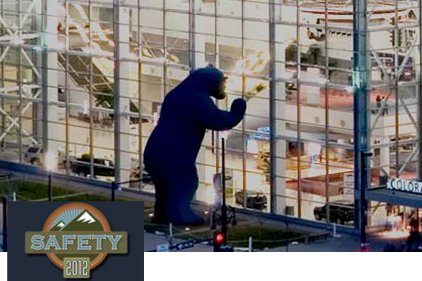 Welcome to the first of two daily dispatches written by ISHN magazine from the Mile High City, where the American Society of Safety Engineers is holding its annual meeting.

The national economic news wasn’t good on Friday, when the U.S. unemployment surprised economists, and certainly President Obama, by jumping up a percentage point with employers adding far fewer jobs than anticipated. Consumer confidence has dropped again, and in a global market, including the global safety market, China and India’s economies are cooling off and the fate of the Euro is up in the air.

But the economy isn’t raining on ASSE’s meeting in Denver. In fact, the ASSE Safety 2012 Exposition (expo) has already set a record. This will be ASSE’s largest expo ever, featuring more than 500 exhibitors and selling 77,600 square feet as compared to last year’s Safety 2011 in Chicago which featured 475 exhibitors taking up 75,000 square feet.

The ASSE expo has been on a growth curve for 5-10 years now. What’s noticeable this year is the big boys, exhibitors such as DuPont, Honeywell, 3M, Capital, are at the front of the expo floor with large booths previously seen only at the National Safety Congress and Expo.

“GHS” signs are hard to miss walking down the aisles. “Are you ready for the Globally Harmonized System?” asks more than one training and signs and labels vendor, referring to OSHA’s revised hazcom update. Vendors get few chances anymore to jump on a new OSHA standards bandwagon, so GHS compliance is definitely one of the main themes coming from the expo floor. One vendor grabbed the domain name www.ghssafety.com.

Approximately 4,000 occupational safety, health and environmental (SH&E) professionals from around the globe will be attending Safety 2012. They will attend more than 250 educational sessions and hear from OSHA chief Dr. David Michaels, chief executives talking up safety, keynoters Dr. Robert Cialdini talking on “Influence: The Ultimate Power Tool,” and economist Lowell B. Catlett, a professor at New Mexico State University, explaining just how it is that the U.S. economy, while stumbling and bumbling along, is “too big to fail” and has “tremendous staying power.”