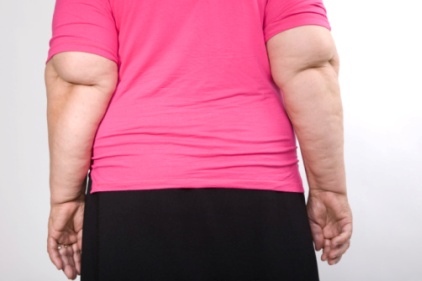 Adults who had a common bariatric surgery to lose weight had a significantly higher risk of alcohol use disorders (AUD) two years after surgery, according to a study by a National Institutes of Health research consortium.

Researchers investigated alcohol consumption and alcohol use disorders symptoms in 1,945 participants from the NIH-funded Longitudinal Assessment of Bariatric Surgery (LABS), a prospective study of patients undergoing weight-loss surgery at one of 10 hospitals across the United States. Within 30 days before surgery, and again one and two years after surgery, study participants completed the Alcohol Use Disorders Identification (AUDIT) test. The test, developed by the World Health Organization, identifies symptoms of alcohol use disorders, a condition that includes alcohol abuse and dependence, commonly known as alcoholism.

About 70 percent of the study participants had Roux-en-Y (RYGB) gastric bypass surgery, which reduces the size of the stomach and shortens the intestine, limiting food intake and the body's ability to absorb calories. Another 25 percent had laparoscopic adjustable gastric banding surgery, which makes the stomach smaller with an adjustable band. About 5 percent of the patients had other, less common weight-loss surgeries.

Among participants who had the RYGB procedure, 7 percent reported symptoms of alcohol use disorders prior to surgery. There was no significant increase in AUD one year after surgery. However, by the second year after surgery, 10.7 percent of patients reported symptoms of AUD, a relative increase of more than 50 percent compared to pre-surgical rates.

One in 8 LABS study participants reported having at least three drinks on a typical drinking day the second year after surgery.

“This is concerning, given the negative impact heavy drinking may have on vitamin and mineral status, liver function and weight loss,” said Dr. Wendy King, the study's lead author and an assistant professor in the Department of Epidemiology at the University of Pittsburgh Graduate School of Public Health.

The prevalence of bariatric surgery to treat obesity has increased dramatically with the use of less-invasive laparoscopic techniques and availability of additional surgical procedures. More than one-third of U.S. adults are obese (having a body mass index, or BMI, of 30 or higher), and almost 6 percent are extremely obese, defined as a BMI of 40 or more. BMI is a measure of weight in relation to height.

Initially, bariatric surgery was reserved for people with a BMI of 40 or higher, or a BMI of 35 or higher with a serious health problem. Mounting evidence that supports the surgery's effectiveness in helping people shed pounds, reverse risk factors for heart disease, and in some cases, reverse type 2 diabetes, has led doctors to consider it as a therapy for people with less severe obesity.

"These findings show that there is much more to learn about bariatric surgery and how it influences a patient's health and well-being” said NIDDK Director Dr. Griffin P. Rodgers. “It is important that patients and their doctors be fully aware of short- and long-term benefits and risks of bariatric surgery. We hope the LABS results will help researchers identify clinical questions that require further research, including better understanding of the risk of AUD.”

The NIDDK, part of the NIH, conducts and supports basic and clinical research and research training on some of the most common, severe and disabling conditions affecting Americans. For more information, visit www.niddk.nih.gov.

About the National Institutes of Health (NIH): NIH, the nation's medical research agency, includes 27 Institutes and Centers and is a component of the U.S. Department of Health and Human Services. NIH is the primary federal agency conducting and supporting basic, clinical, and translational medical research, and is investigating the causes, treatments, and cures for both common and rare diseases. For more information about NIH and its programs, visit www.nih.gov.