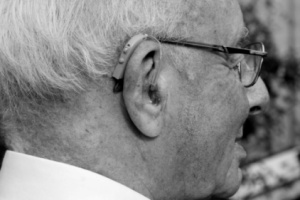 A new study by researchers at Johns Hopkins Medical Institution found that people with mild hearing loss were more likely to have a history of falling than those with no hearing loss.

Researchers analyzed data from more than 2,000 people ages 40 to 69 who took part in the U.S. National Health and Nutrition Examination Survey from 2001 to 2004. The participants had their hearing tested and answered questions about whether they had had a fall in the past year. Other factors linked to falling -- like age, sex, race, heart disease and balance -- were factored in.

Participants with a 25-decibel hearing loss (classified as mild) were nearly three times more likely to have a history of falling than those with no hearing loss. Every additional 10 decibels of hearing loss meant an increased 1.4-fold risk of falling.

People with impaired hearing don't have good awareness of their overall environment, which makes them more likely to trip and fall, said study author Dr. Frank Lin, an assistant professor at the Johns Hopkins University School of Medicine and the university's Bloomberg School of Public Health.

It might also be that with hearing loss, the brain becomes overwhelmed by the demands on its limited resources, Lin suggested.

"Gait and balance are things most people take for granted, but they are actually very cognitively demanding," Lin, an otologist and epidemiologist, said in a university news release. "If hearing loss imposes a cognitive load, there may be fewer cognitive resources to help with maintaining balance and gait."

The study appeared Feb. 28 in the Archives of Internal Medicine.