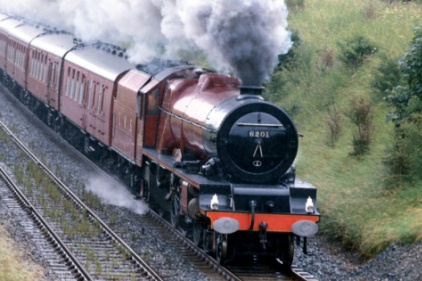 Of four employees involved in a work accident at a Southern Railway facility only the one who was injured was charged with improper performance of duties and fired.

That incident along with two others led to an OSHA finding that Southern Railway Co. fires employees who report workplace injuries.

A Southern Railway laborer based in Greenville, S.C., was terminated in 2009, after reporting an injury as a result of being hit by the company's gang truck. OSHA found that the employee was treated disparately in comparison to four other employees involved in the incident. The laborer was the only employee injured and, thus, the only employee who reported an injury. He was also the only employee terminated.

In Louisville, Ky., an engineer at a Norfolk Southern facility was terminated in 2010, after reporting an injury as a result of tripping and falling in a locomotive restroom. The railroad, after an investigative hearing, charged the employee with falsifying his injury. OSHA found that the investigative hearing was flawed and orchestrated to intentionally support the decision to terminate the employee.

On July 22, 2010, a railroad conductor based in Harrisburg, Pa., was terminated after reporting a head injury sustained when he blacked out and fell down steps while returning from the locomotive lavatory. The company, after an investigative hearing presided over by management officials, found the employee guilty of falsifying a report of a work-related injury, failing to promptly report the injury, and making false and conflicting statements. The day before the injury, the employee had been lauded for excellent performance, highlighted by no lost work time due to injuries in his 35-year career. OSHA found that the investigative hearing was flawed, and there was no evidence the employee intended to misrepresent his injury.

"To prevent more injuries, railroad workers must be able to report an injury without fear of retaliation,” said OSHA chief Dr. David Michaels.

This isn’t the first time Northern Southern has gotten attention from OSHA. In the past year, agency investigators have found that the company continues to retaliate against employees for reporting work-related injuries and has effectively created a chilling effect in the railroad industry.

Norfolk Southern Railway Co. is a major transporter/hauler of coal and other commodities, serving every major container port in the eastern United States with connections to western carriers. Its headquarters are in Norfolk, Va., and it employs more than 30,000 union workers worldwide.