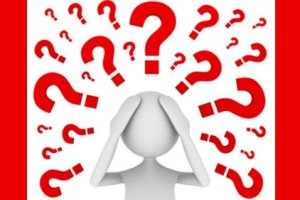 Most of the sources with longstanding OSHA connections that ISHN has contacted post-election contend that we are in for a revival of the Injury and Illness Prevention Program (i2P2). OSHA officials backed off discussing in public to any detailed degree the controversial rule during the 2012 presidential election race.

But that could soon change. “The number one priority (at OSHA) will be I2P2,” said Aaron Trippler, government affairs director for the American Industrial Hygiene Association (AIAH).

His peer at the American Society of Safety Engineers (ASSE) agreed. Said David Heidorn, ASSE’s government affairs go-to guy: “I do expect an I2P2 proposal fairly soon, certainly before the next two years run out.”

Organized labor, of course, is all for pushing I2P2 forward.

Said AFL-CIO Safety and Health Director Peg Seminario: “I2P2 is critical protection.” She explained that its path to the proposal stage was derailed by the political sensitivities of the presidential election year, and the very broad scope of the standard – applying to most every U.S. business with more than ten employees – pushed I2P2 to the back burner when the “regs kill jobs” argument was in full swing.

Seminario said the next step toward issuing a proposed I2P2 standard is to hold meetings with small business panels for their input. You can imagine small businesses opposition to I2P2, especially since most small operations have no full-time safety and health pro on the payroll.

Still, Seminario does not see the small business input panel as a large hurdle for I2P2 to overcome. She said the economy is improving, which improves the chances of issuing standards for business compliance. She said she “hopefully will see an I2P2 proposal before 2014.”

“Let’s get the proposal out so we can at least have a debate over the details,” she said.

Other sources with OSHA connections are less optimistic about the fate of I2P2. “The story with I2P2 will be sound and fury signifying or accomplishing nothing,” said one source, a former high-ranking OSHA official.

“Something may happen within OSHA to move I2P2 forward,” allows another former OSHA official. But he strongly contends, “OSHA will not return to aggressive regulation. That era is over. I’ve argued for the past 5-10 years that we are living in the post-regulatory age In occupational safety and health.”

One wild card : What if OSHA boss Dr. David Michaels does not return to the top OSHA job? I2P2 can be seen as Michaels’ pet project. He has told people in DC he considers I2P2 unfinished business, and very much wants to stay on as OSHA chief to finish what he started.

If a new OSHA chief comes aboard, I2P2 along with many other OSHA initiatives will be “frozen” for up to 12 months as the new appointee learns the ropes at the agency. And he or she might not be as big of a supporter of I2P2 as Michaels has been.

So then does I2P2 disappear?

That is what happened to an OSHA proposal for a motor vehicle standard (mandatory seat belt use among other requirements) and a standard addressing and restricting smoking in the workplace. Both of these standards were strongly supported by then-OSHA head Jerry Scannell , and both disappeared suddenly and completely from the radar screen when Scannell departed in 1993.

Another possible scenario: Multiple sources tell ISHN that Jordan Barab and Deb Berkowitz, members of Dr. Michaels leadership team for the past 3-4 years, also want to remain in their positions to take care of that unfinished business. Both Barab and Berkowitz have worked for organized labor going back decades. They too are believers in the importance of I2P2. If somehow it works out that they stay at OSHA, working under Dr. Michaels’ replacement, will they be able to “sell” the new boss on pushing ahead with I2P2 if OSHA’s new boss is not already a supporter?

The odds of this scenario playing out are slim. Almost every a new federal agency head wants his own people in top positions.

But if Dr. Michaels does depart, and he is replaced by a safety and health higher-up from a labor union, I2P2 could move faster down the standards-setting pipeline than almost everyone now predicts.

It is all a guessing game at this point.