Agency issues will now be "too far down the food chain" 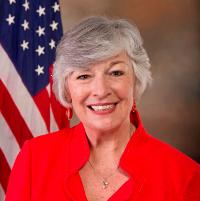 OSHA watchers in Washington lament the loss of one of the very few members of Congress with a serious interest in the agency – Lynn Woolsey, (D-Calif.), the ranking minority member of the House of Representatives’ Subcommittee on Workforce Protection.

Woosley, 75, is a 10-term House representative from a district north of San Francisco that includes progressive Marin County (home of the Grateful Dead and many other artists) and parts of Sonoma County. She did not lose an election earlier this week; she is retiring.

At an OSHA hearing on the Hill in 2011, Rep. Woolsey chided the Workforce Protection subcommittee majority for not inviting any OSHA officials. She described “serious weaknesses” in the state-run OSHA programs in South Carolina, Oregon, Nevada and California.

“Unfortunately, the work OSHA is doing to improve its state review program is in jeopardy because the majority's budget cuts funding for OSHA by 23 percent. Grants for state plans will be cut by $25 million from the request of $105 million, if this budget is approved for Fiscal  Year 2012,” Woosley said at the hearing. Note: the OSHA fiscal 2012 budget was not nearly slashed to the extent feared by the Congresswoman.

Woosley concluded her remarks at the hearing: “Incredibly, 4,551 workers were killed on the job last year. That is an average of 12 workers killed each day. Worker safety and health should not be a partisan political issue. I think we can do better in future.”

Rep. George Miller (D-Calif.), a member of Congress since 1975, also is a member of the Workforce Protection subcommittee, and he now unofficially assumes the mantle of OSHA champion on the Hill.

That doesn’t mean much, according to Washington sources with contacts in Congress. Absent a catastrophe such as the BP oil rig explosion, both the Senate and the House show scant interest in OSHA affairs. “Too far down the food chain,” said one source.

No source contacted by ISHN expects any OSHA-related legislation to emanate from the Hill in 2013, with the possible exception of a bill addressing funding on a permanent basis for OSHA’s Voluntary Protection Program (VPP).