OSHA compliance: Been there, done that 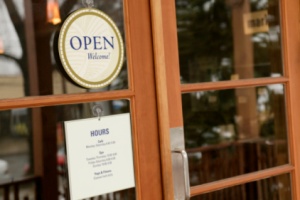 Call it the OSHA relevancy scale. After the election, and staring at another four-year cycle at OSHA, we posed this question to several in-the-know sources:

In terms of its various activities and their impact on safety pros, how influencial and relevant is OSHA after 40+ years of existence? Scale = 10 is very relevant today and in next 4 years / 1 is not relevant at all. Where do you peg the scale today?

One source, with many connections to top EHS VPs and the like at Fortune 500 companies, said companies are all over the board in respect to OSHA relevancy. Some are on top of the agency’s every move; others work more on developing world-class safety cultures.

“Twenty years ago many of the companies I worked with had regulatory compliance officers on staff, whose full-time job was keeping up with OSHA regs, interpreting them, and then implementing them,” says this source. “All those people are gone today.”

Says a longtime safety and health professional with years of industry experience: “As far as OSHA's relevancy, I would agree that it has diminished significantly over the past 10 to 15 years. Why?

“OSHA's relevancy has declined because the industries they traditionally regulate have declined, or moved most if not all their manufacturing operations out of the country. There has been, as many people know, a serious decline in manufacturing jobs in the USA.

“I don't see OSHA launching any major effort to write and enforce regulations for Nordstrom, Macy's, Starbucks, Ruth's Chris Steakhouse, etc. These are the coming industries of the USA.  We don't make anything anymore, and manufacturing is nothing like it was when OSHA was created in 1970. Couple this with widespread automation and the irrelevancy issue becomes even more pronounced.