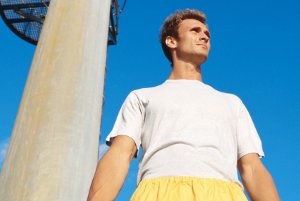 A dramatic increase in oil and natural gas production in the U.S. has been accompanied by a rise in the fatality rate among industry workers, according to NIOSH Director Dr. John Howard, who says a new NIOSH study finds a direct relationship between the number of drilling rigs and the industry’s fatality rate.

“Since 2003, the number of rigs actively drilling in the U.S. (a measure of industry activity) has increased by 92%. This increase in drilling activity has provided employment for many, but it is also correlated with more than 800 worker fatalities and an elevated fatality rate (27.1 per 100,000 workers during 2003-2010),” said Howard.

NIOSH has developed a research program for the upstream oil and gas industry that addresses the major causes of injury and illness among this population of workers.

Top cause of fatalities in oil, gas industry

Motor vehicle crashes account for the largest number of fatalities in the oil and gas extraction industry every year.

“Remote worksites, extreme weather, and long hours all contribute to the risk oil and gas workers face in their vehicles every day,” said Howard. “NIOSH researchers worked to describe the problem and communicate their findings through the NORA Oil and Gas Extraction Sector Council and other industry partnerships and trade groups such as the STEPS Network, the International Association of Drilling Contractors, and the Association of Energy Servicing Companies.

NIOSH recently concluded a study of In-vehicle Monitoring Systems and their use in reducing motor vehicle crashes and injuries in this industry. In collaboration with motor vehicle safety experts from industry and within NIOSH, researchers developed a NIOSH numbered publication titled “Implementing an In-vehicle Monitoring Program: A Guide for the Oil and Gas Extraction Industry,” which will be released soon.

This guide will provide step-by-step instructions for selecting, implementing, and evaluating an In-vehicle Monitoring Program and joins two motor vehicle safety DVDs developed by the NIOSH Oil and Gas Extraction Program: “Take Pride in Your Job: Seat Belts” and “Move It! Rig Move Safety for Truckers.”

Tomorrow: NIOSH looks at chemical hazards in the oil and gas extraction industry.