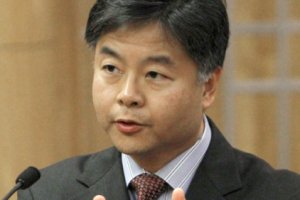 (Scroll down to read about the author, Bridget Huber.)

A California lawmaker is urging federal regulators to investigate a new tanning industry group he says is using “junk science” to mislead the public about the risks of sunbeds.

State Sen. Ted Lieu also charged that industry leaders formed the new group, the American Suntanning Association, to evade terms of a settlement with federal regulators who had charged another industry organization with making false claims.

In a letter to the Federal Trade Commission released Wednesday, the Democratic lawmaker wrote, “Rather than accepting the overwhelming evidence that indoor tanning is a cause of skin cancer, the [American Suntanning Association] fabricates its own false ‘science’ in a blatant attempt to mislead customers.”

Doug McNabb, a salon owner and board member of the trade group, denied that it was formed to get around the trade commission settlement, “That is simply not true, and is an irresponsible allegation with zero basis in fact,” he said. “We respect and adhere to FTC guidelines.”

Lieu’s request follows a report by FairWarning on the new group, which was founded in December and is made of 1,400 salon owners. It is mounting public relations and lobbying efforts and retaining scientists to dispute the medical consensus that tanning indoors causes skin cancers, including potentially deadly melanoma.

In news releases and media appearances in recent weeks, representatives of the American Suntanning Association have accused dermatologists of ‘vilifying’ indoor tanning and spreading myths about the hazards of sunbeds.

McNabb said the association “was launched to promote a fair and balanced conversation about UV exposure — whether from the sun or from a sunbed — that is based on sound science and meets all applicable federal requirements. We look forward to having a higher-level discussion with the American public and elected officials.”

Lieu, who authored California’s first-in-the-nation law that in 2012 banned people under 18 from tanning indoors, said the American Suntanning Association is a “shell group” made up of members of another industry organization, the Indoor Tanning Association. The Federal Trade Commission in 2010 accused the older group of making false claims about the hazards of sunbeds.

Without admitting guilt, the Indoor Tanning Association agreed in a settlement to not make unfounded health claims or misleading statements. The agreement also required the association to display a disclaimer stating the risks of indoor tanning.

“They’re trying to escape the FTC order by simply changing their name,” he said in an interview. “This new industry association is saying what the Indoor Tanning Association cannot.”

Both industry groups have touted sunbeds as healthy sources of vitamin D, which the body makes in response to ultraviolet light. They also want the Food and Drug Administration to ignore a push by anti-cancer groups to tighten sunbed regulations.

The groups are also working to prevent more states from banning minors from using sunbeds. At least 30 states already have imposed some limits, and Vermont, California and the cities of Chicago and Springfield, Ill., ban anyone under age 18 from using a sunbed. Already this year, bills that would prohibit minors from using sunbeds have been introduced in at least 11 states including Texas, Nebraska and Maine.

Bridget Huber is a FairWarning contributor.