Is your leadership hurting the bottom line? 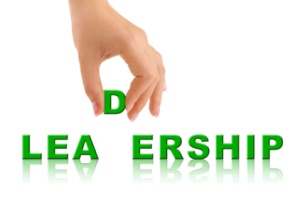 Editor’s Note: Substitute “safety” for “bottom line,” “sales” and “output” throughout this article.

What can business leaders and managers learn from watching the earnings of publicly traded companies?

“Plenty,” says Kathleen Brush, a 25-year veteran of international business and author of “The Power of One: You’re the Boss,” (www.kathleenbrush.com), a guide to developing the skills necessary to become an effective, respected leader.

“When looking at the corporations reporting lower-than-expected earnings, you need to read between the lines. They are not going to admit that the reason is a failure of leadership, but 99 times out of 100 that’s what it is.”

She cites Oracle, the business hardware and software giant, which recently reported a quarterly revenue shortfall based on a decline in new software licenses and cloud subscriptions.

The company is "not at all pleased with our revenue growth this quarter," Oracle co-president Safra Catz told analysts. "What we really saw was a lack of urgency that we sometimes see in the sales force ..."

They are pointing the finger at the employees, but they are really admitting a failure of leadership, Brush says.

“Do you know how simple it is for managers to motivate sales people? If indeed the lack of sales urgency is the problem. There are dozens of bad leader behaviors that can cause sales to decline,” she explains.

In her work for companies around the country, from restructuring operations to improving profitability, Brush says she sees an epidemic of bad leader behaviors.

“When I point them out, most leaders downplay, or refuse to acknowledge, the impact their behaviors are having on their bottom line. But, in companies where leaders change these behaviors, employees become engaged and motivated. It is really that simple to increase productivity, innovation, and the bottom line,” she says.

“If you’re a boss examining your own lower-than-expected performance, instead of wasting time searching for scapegoats, look in the mirror. Most bosses unwittingly exhibit bad leader behaviors daily that cause their businesses to suffer.”

• The unethical boss: This is a category that doesn’t just annoy employees, it appalls them. As such, it’s a powerful demotivator. When a boss breaks or fudges the rules, cheats, lies or indulges in behaviors that reveal a lack of moral principles, he or she loses employees’ respect. Without their respect, a boss cannot lead. In addition, when a leader indulges in unethical practices, he gives his employees permission to do the same. Padding mileage reports, splurging on business travel expenses, failing to take responsibility for mistakes – they all become endorsed activities by the boss – the role model.

• The unfair boss: Our current societal efforts to treat people equally – think gay marriage, health care reform, the children of undocumented immigrants – have led to confusion among some leaders about “equality” versus “fairness” in the workplace.

“I talked to a manager who gave all his employees the same pay raise because ‘he wanted to be fair,’ ” Brush recalls. He then seemed mystified that the productivity of his best employees declined to that of an average worker. “Rewards can be powerful tools of motivation, but they must be administered fairly.”

• The buddy boss: Bosses can never be buddies with their employees. Ever. Friendships neutralize the boss’s authority and power. They can also cloud a leader’s objectivity and hinder her ability to correct behaviors, to delegate, and to hold employees accountable. When friendships compromise output, it’s the boss who will be accountable. “Be friendly to employees, but do not cross the line that muddies the relationship between boss and friend. It could cost you your job.” Brush says.

• The disorganized boss:  Workplaces are filled with employees who lack direction because disorganized leaders don’t deliver and manage plans and strategies to guide their teams. What’s the chance of an unguided team maximizing its productivity to create competitively superior innovative widgets? “What’s the chance of employees being inspired by a leader who leads like a doormat or by random thoughts?” says Brush.

“As a manager, you wield a tremendous amount of power,” she says. “You can be an incredibly negative power or a positive one who’s looked up to by both peers and employees.

“For the latter, bosses have to purge the bad behaviors.”

Kathleen Brush has more than two decades of experience as a senior executive with global business responsibilities. She has a Ph.D. in management and international studies. Brush has been teaching, writing and consulting on international business and leadership for companies of all sizes, public and private, foreign and domestic.