How worried should you be about new Middle East virus?

A “potential” threat to national security – along with your health? 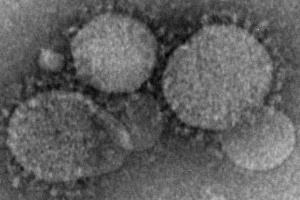 An illness which originated in September in the Middle East and has killed at least 30 of the 54 people infected appears to be raising alarms in the U.S.  – but a move by public health officials may just be a strategy to prevent its spread.

The U.S. Department of Health and Human Services (HHS) has issued a statement declaring the new Middle East respiratory syndrome (MERS) virus to have a “significant potential to affect national security or the health and security of United States citizens living abroad.”

The statement adds: “On the basis of this determination, [HHS Secretary Kathleen Sebelius] also declared that circumstances exist justifying the authorization of emergency use of in vitro diagnostics for detection of Middle East respiratory syndrome coronavirus (MERS-CoV).”

Sebelius’ action allows the HHS to fast-track tests that may help authorities contain the spread of the disease and possibly develop a vaccine against it.

Saudi Arabia has reported the majority of cases – 40 – resulting in 24 fatalities. Jordan, Qatar, Tunisia and the United Arab Emirates have also had cases of MERS, along with European countries like France and Italy.

The Centers for Disease Control and Prevention is cautioning that people returning from the Middle East with symptoms of respiratory infection should be isolated and tested for MERS, and that health care workers treating them use gowns and protective face masks.

The World Health Organization (WHO) says the virus is a global threat.