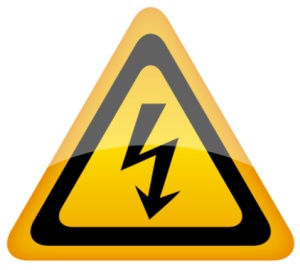 Undeterred by cease and desist orders issued by the Long Island Power Authority, three New York contractors exposed their employees to electrocution hazards from working in close proximity to power lines, according to OSHA.

Electrocution hazards accounted for the largest of the fines after inspectors from OSHA's Long Island Area Office found that workers for the three contractors performed their concrete work and crane operations close to energized 13,200-volt overhead power lines. Vordonia Contracting and Supplies Corp./Alma Realty Corp. of Long Island City was the general contractor on construction of a five-story concrete business and residential building where the violations were found. Masonry Services Inc., doing business as MSI, of Brooklyn, and North Eastern Precast LLC, of Fultonville, were the masonry and concrete subcontractors.

"These hazards should not have existed in the first place," said Robert Kulick, OSHA's regional administrator in New York. "A proper and effective illness and injury prevention program, in which employers work with their employees to proactively identify, address and eliminate hazards, is a critical investment that pays dividends in safety and health for both workers and employers."