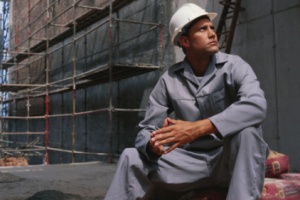 More than 25% of construction workers responding to a recent survey by the Center for Construction Research and Training (CPWR) said that they had suffered a work-related injury at some point in their career that they did not report.

“Pain is a natural part of my job”

Workers who explained their failure to report a work-related injury were most likely to say that “my injury was small” and “pain is a natural part of my job,” according to the CPWR.

Several of the workers surveyed indicated that they feared employer retaliation or loss of work opportunities, or that they could not afford to take time off work to see a doctor.

The authors recommend that firms adopt a “positive error management climate (EMC)” that will “promote reporting of injuries… through the development and cultivation of a climate of open communication with a focus on problem-solving and learning.”

The study (which included two focus groups and a written survey) was undertaken because previous research has established that construction workers often fail to report work-related injuries, despite the possible benefits of treatment available through workers’ compensation.

In both the focus groups and individual surveys, workers frequently reported that they did not report injuries because they perceived these injuries as “small” and “part of the job” or because they feared negative consequences from their employer or peers.