"Coal companies have made a war on their own future" 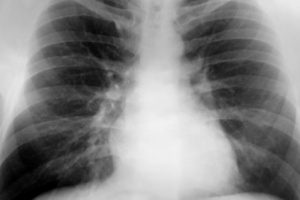 Sen. Jay Rockefeller, D-W.Va., is urging the White House Office of Management and Budget (OMB) to move quickly on a U.S. Mine Safety and Health Administration (MSHA) final draft rule that would reduce the permissible exposure limits (PELs) for respirable coal dust in mines.

Rockefeller said last week that he personally contacted the OMB about the rule. Although a presidential order mandates the OMB to complete such reviews within 90 days, it took more than two years to conduct a review of OSHA’s proposed silica exposure limit rule.

At an event Thursday in West Virginia intended to highlight the plight of miners who’ve developed black lung disease from breathing coal dust, Rockefeller said he preferred the MSHA rule to legislative action.

"There is such a power of the coal industry almost totally over one party in Congress and some in my own party that makes change through legislation very difficult," Rockefeller said.

He said the standard currently in place is “completely outdated.”

Rockefeller blasted the coal industry for its attempts to portray the Obama administration’s EPA policies as part of a “war on coal.”

"The president hasn't waged a 'war on coal'," Rockefeller said. "Coal companies have made war on their own future." He criticized the industry with blocking efforts to deal with climate change and to reduce greenhouse emissions from coal-fired plants.

"All they can do is attack EPA and attack the president," Rockefeller said. "That's their whole deal. They suggest nothing. They have no ideas."

At the event, black lung victims spoke about their experiences working in dusty mines and the difficulties they had in obtaining federal benefits for black lung disease sufferers.

"They'll spend $100,000 on lawyers to keep you from getting benefits for a disease they caused," said miner Vernon Bailey.