Dense living conditions could be a factor 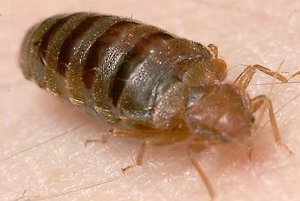 Published in the journal Environmental Health Perspectives, the study “underscore the importance of considering pest and pesticide burdens in cities when formulating pesticide use regulations,” according to the authors, researchers from the city's Department of Health and Mental Hygiene.

Organophosphate metabolites were measured in the urine of 882 New Yorkers, while 1,452 residents were tested for pyrethroid metabolites.

Although some organophosphates have been banned in the U.S., many are still used extensively in agriculture.Pyrethroids are used both indoors and outdoors in sprays and bug bombs to kill fleas, mosquitoes and other pests.

Big Apple residents between 20 to 59 years old those most exposed to organophosphate metabolites with between two and six times more organophosphates in their urine than the highest exposed group in a national study. They also had between 1.7 and 2.4 times more pyrethroids than the nationwide group.

Previous studies have found an association prenatal exposure to organophosphates and reduced mental skills in children. Studies also suggest that pyrethroids may affect the reproductive and nervous systems.

Hispanics and blacks, older residents, people who had pesticides professionally applied recently in their home and those who ate one or more pieces of fruit every day were more likely to have higher levels of organophosphates.

For pyrethroids, there were no major differences between the races or ages, suggesting widespread exposure. People who ate green vegetables had higher levels but the researchers said the differences “are relatively small and not likely to be biologically meaningful.”

New York’s densely packed living spaces may lead to high exposures of pesticides from indoor use, surmised the study authors.

The city’s health department has enacted local laws to prohibit the indoor use of certain pesticides and to promote integrated pest management, which focuses on improving sanitary and structural conditions to keep pests away.